The WWE Pay per View Crown Jewel 2021 will now be held in a few days, an event that will see the company of Vince McMahon take to the track in Saudi Arabia. Many interesting matches are planned, some with titles up for grabs.

In the last few hours, rumors have arrived that know of spoilers regarding this long-awaited show. There is curiosity about how WWE will behave as several athletes will change rosters after the event, some even champions. The well-known colleague Dave Meltzer took stock of the situation by explaining how things could go, two matches under observation are the one between Big E and Drew McIntyre and the one valid as a Triple Threat Match with the SmackDown champion Becky Lynch who will defend the title against Bianca Belair and Sasha Banks.

As for the WWE Championship, a confirmation of the Big E champion with Drew McIntyre now headed to SmackDown and ready for an interesting storyline against Roman Reigns appears increasingly established. With regard to Roman Reigns vs Brock Lesnar, there are other rumors with the Tribal Chief who should confirm himself as champion unless there are sensational things.

Pay attention to the role in the match of Paul Heyman, close in recent days to Brock Lesnar (at least so I would have you believe him) but with a future to be deciphered. There are many sources who believe that Roman Reigns will almost certainly end 2021 as WWE Universal Champion.

Intricate situation in the women's roster where the two show champions Charlotte Flair and Becky Lynch will defend the title. Becky Lynch will defend the title against Bianca Belair and Sasha Banks and this is a situation to monitor as after the match Bianca Belair and Becky will go to Monday Night Raw while Sasha will stay at SmackDown.

An atypical situation and latest rumors reveal that the two Raw and SmackDown champions could, after Crown Jewel's Pay per View, exchange their respective titles. 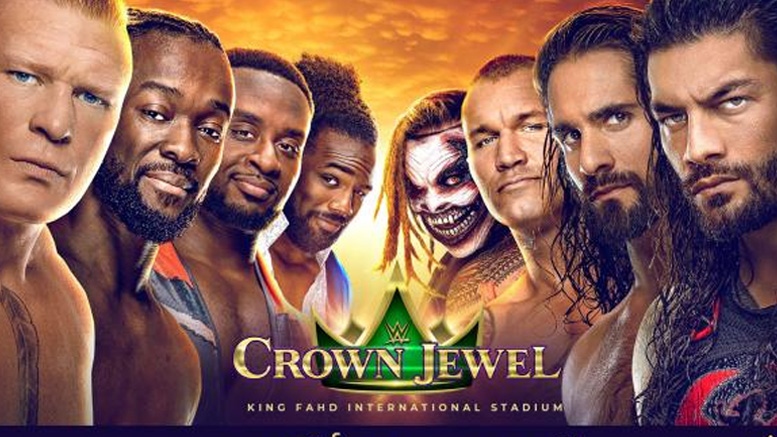