Since Roman Reigns' edition of Royal Rumble, when WWE sent The Rock to try to overthrow the Shield Hound, this match has been rumored week after week, with next year's edition of Wrestlemania looking like have become the perfect scenario to stage this event, with the Showcase of the Immortals coming to Dallas, so why not set up the match between the Tribal Chief and The Rock right there, where Rocky could receive a huge ovation, after having beaten one of the most important characters of the last two years of WWE? Apparently, however, according to the latest rumors arrived online from the usual wrestling-based information sites, WWE may never have considered the idea of ​​broadcasting this match at Wrestlemania in 2022, with some clues that in fact distance the two cousins ​​from the next edition of the most followed ppv in the world.

According to reports in the last few hours by the well-known site Ringside News, speaking with several employees of the WWE creative team, no one would ever have been asked to work on the dream match between Reigns and The Rock, a sign that in WWE it was never even mentioned.

the idea. At the moment, that fight could still come to the Wrestlemania ring in Dallas, but for now, WWE would be working on everything but that, with the presence of Rocky coming well sooner, which is the annual edition of the Survivor Series.

as suggested by the well-known journalist Andrew Zarian instead. After the fight with Crown Jewel's Brock Lesnar, we should understand a little better how this story will end, with a Brock Lesnar vs Roman Reigns 2, which could arrive at Wrestlemania 38, just as the match against the cousin could end up much more.

famous, but for the moment in WWE, everything is still at stake, on the high seas. 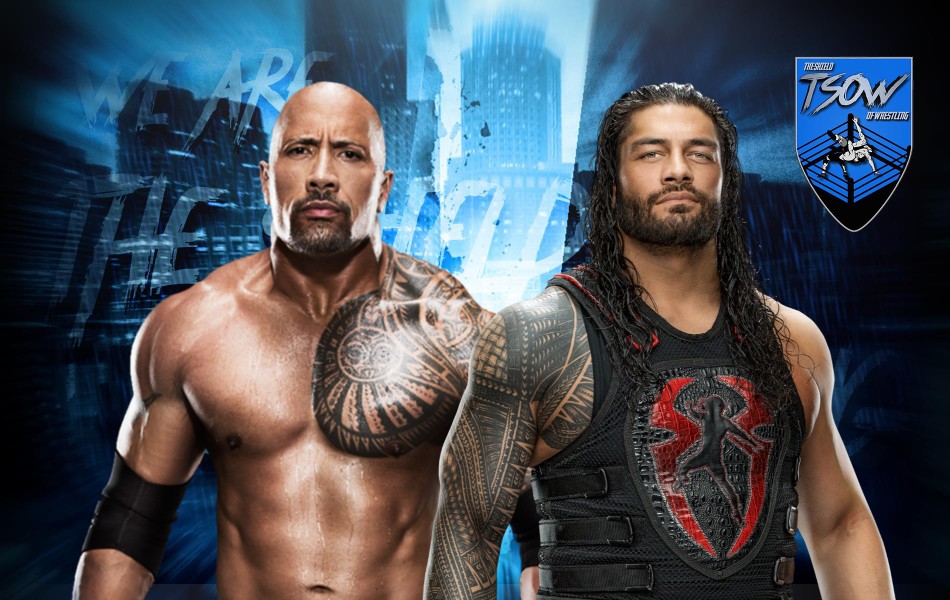 TODAY'S MOST POPULAR
NEWS
Rico Verhoeven defended the title against Ben Saddik
Gokhan Saki returned: ‘Rebel’ demolished the opponent with low kicks
Carmelo Anthony: I'm in Year 19 and still doing my thing
Kenyan Drake: There is no throw that Derek Carr cna't make
Usman explained why Edwards is not fighting for the belt
Paulo Costa revealed why he had problems losing weight
Massimiliano Allegri still believes Juventus could win the title
THIS WEEK MOST POPULAR
NEWS
Russell Westbrook: No need for panic, we will figure it out
Atlanta Braves at the World Series 2021!
Vanessa Bryant found out the truth hours after the accident
Basel dedicates a tram to Roger Federer
Cormier on Emelianenko: ‘He would be an average fighter in the UFC'
Verstappen vs Hamilton: "I don't understand what happened"
Mavs' Maxi Kleber: Clippers' reaction to Kawhi Leonard's dunk crossed line