Last week on SmackDown, Brock Lesnar announced that he is currently a free agent thanks to the fundamental help of Paul Heyman. Thanks to this ploy, the former Universal champion enjoys the freedom of being able to appear in both WWE brands.

The Beast, who made his return to SummerSlam after more than a year of absence, will face Roman Reigns at Crown Jewel in Saudi Arabia on 21 October. Throughout his WWE career - which can be divided into two parts - Webster's 44-year-old racked up countless accolades, as well as going down in history for stopping The Undertaker's legendary Streak at WrestleMania in 2014. 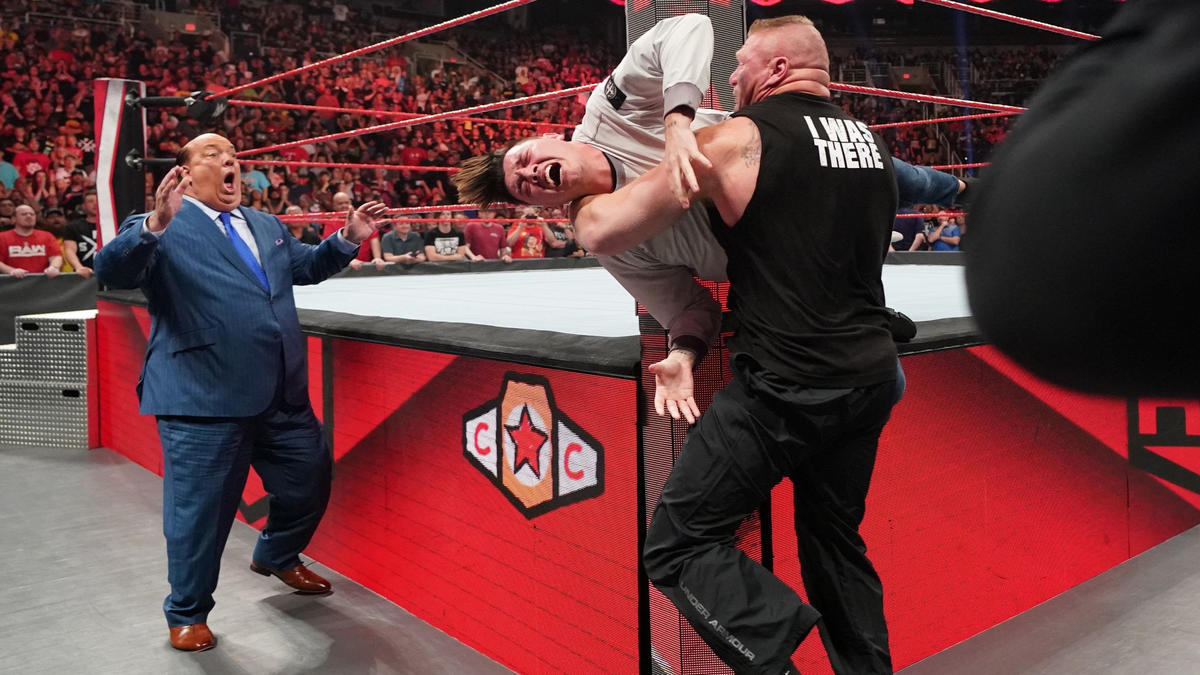 Ronda Rousey is back in great shape after giving birth

One of the biggest protagonists of the last years of WWE, who have been missing for a long time from the rings of the Stamford company, is Ronda Rousey, former world champion of MMA, with the UFC and then also WWE world champion, on Monday Night Raw, where she held the Raw Women's Champion belt for months, before being beaten by Becky Lynch, in the very first all-female main event in Wrestlemania and WWE history.

After a great career in the world of mixed martial arts, the Baddest Woman On the Planet, preferred to leave that world, to go to the pro-wrestling rings, her great dream since childhood, so Triple H and his wife Stephanie McMahon , they immediately found a way to make a contract to the girl, who after leaving MMA has thus moved to WWE.

Just ten days ago, Ronda gave birth to her first baby girl, along with her husband, also MMA Fighter, Travis Browne, who already had two children, with Ronda's eldest daughter, who was long sought and eventually is arrived for the happiness of her parents.

Although pregnancies are very long processes, from which we also recover very slowly, especially as regards physical fitness, (it is in fact physiological that women gain a few kilos after each pregnancy), as regards Ronda Rousey, the athlete would be was up to par in this situation too, showing an almost perfect physique after only 10 days from giving birth.

Making the comparison with his mother, who after a pregnancy took only a few weeks to get back in shape for the Judo games of several years ago, who in the end also won after only a few weeks after giving birth, Ronda also showed on her Instagram an exceptional shape, after a few days from giving birth.

As we can see from the two photos posted below, it seems that Ronda wants to return soon to tread a few rings or in any case to keep fit every day, in the gym and at home, so that he can go back to doing what he does best, that is to fight.

On Instagram she wrote: "10 days postpartum - my mom @annmaria7gen went back to training 6 days after having my sister Maria, then made weight and won the judo US Open 6 weeks later… when she was pregnant with me she only gained 12 pounds - and I was an 8 lbs baby!

I’ve decided to let her keep those records! My body seems to be recovering faster than I hoped, but I won’t really know if Pō tossed a grenade on the way out till my 6 week checkup. Since breaking both my hands and getting pregnant it feels like I lost a lifetime of muscle - it’s easy to get discouraged over all that lost progress - but if anything I’m looking forward to getting cleared to train again even more.

This is an opportunity start over and mold my body into its next phase #BaddestMomOnThePlanet #ThisIsntEvenMyFinalForm (and yes that is a maternity bra and I did crop out the ice pack in my underwear!"