Over the past year and a half, WWE has elevated the character of Roman Reigns to the maximum. The wrestler, who returned to SummerSlam 2020, became the true ruler of the Stanford company and since then no one has been able to pin him or stop his rise.

The WWE Universe welcomes the role of the Tribal Chief who has beaten several great wrestlers in recent months, from Daniel Bryan to John Cena and during the last Pay per View of Extreme Rules he pinned, also thanks to an unusual situation (the botch of the ring) Finn 'Demon' Balor who until then seemed to be managing the situation best.

Prior to this Pay per View WWE Universal Champion challenged and beat Montez Ford in a tougher than expected match. The wrestler withstood the contest even more than expected, he was even one step away from resounding success but in the end he had to surrender to the final move of the current wrestler prince of the main roster.

Montez Ford and Bianca Belair starred in the last episode of The Bump WWE and the wrestler tried to clarify why he challenged the SmackDown champion.
Here are the words of the wrestler: "Roman Reigns is considered the best in the world and for me I think the best way to show off was to face the universal champion.

By challenging Roman Reigns I felt in the mood to prove something and I think they managed to take away his certainties a bit, honestly I'm sick and tired of everything that happens and the sensations that happen in the locker room, it seems that we must constantly be afraid of Roman or the whole Bloodline.

Last Friday I succeeded in part of my mission, to prove that you shouldn't be afraid of the Bloodline." Montez Ford and Bianca Belair are one of the most important couples in the world of wrestling and the two, during The Bump, shared their impressions and wishes for the future. 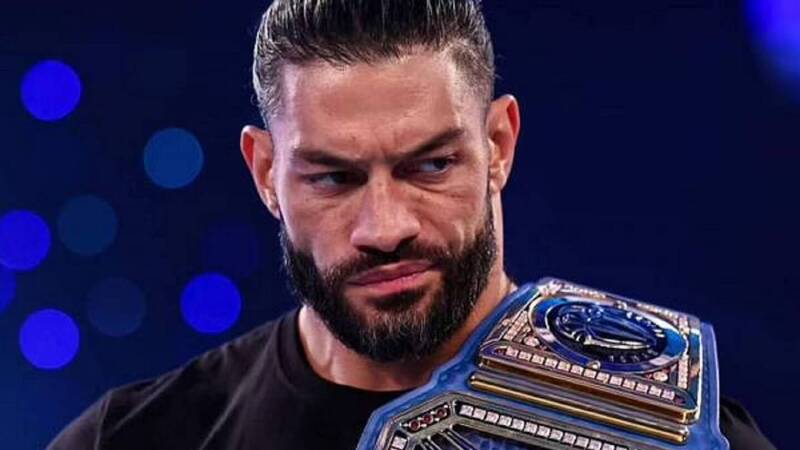 The Undertaker accused of bullying by a former WWE

One of the sacred monsters of the pro-wrestling discipline, is the legendary The Undertaker, respected and idolized by all as a performer and unique worker, tireless and workaholic, who in the course of his thirty-year career, has managed to set up five-star matches.

against various colleagues, such as Kurt Angle, Triple H, Shawn Michaels and many others. Until now, Undertaker has almost never been heard badly, except in some recent statements, in which Deadman himself came up with some slightly unhappy phrases, about the fact that today's businessmen would not be more "the men of the past", who went around with knives and guns, even if we were in the far west.

Apparently, however, in the last few hours news related to the Deadman's backstage behavior would have emerged, which would overshadow his in-ring performance and would denote some very masculine sides of his character, bordering on bullying.

In his latest interview on The 90's Wrestling Podcast, the former WWE athlete of La Resistance, Renè Duprèe, wanted to retrace a not-so-happy moment of his stay in WWE, when he was targeted by the hard powers backstage of the company and therefore bullied.

In his interview, Renè has in fact told: "They took my $ 500 shoes and $ 1000 clothes and ruined them by putting them in the shower because I didn't go to the bar to drink with them the night before, because no one had invited me.

This is materially me ** a, but I could have passed over it, that wasn't what really bothered me. What really bothered me is when we were in Italy the next night and they took the French flag - of which I originate - and threw it down the toilet, pissed on it and fell on it.

I don't know what part of the world you live in, but in my world, this is called racial discrimination. That really hurt me. At the time I also went to talk to Arn Anderson, who was our agent, and asked him what to do. His response was 'don't care about them' and I just said ok.

The second person I went to ask was The Undertaker and I said 'What would you do if someone did this to you?' And he replied 'Well you found who it was' He was the one who ordered the others to do those things because I hadn't gone out with them to drink the night before."