Roman Reigns' incredible dominance in WWE continues. The Tribal Chief and Universal Champion WWE destroys anyone who has stood in his way for over a year, be it SmackDown, Raw or any other show from Vince McMahon's company.

Last night the WWE Supershow was held at the North Charleston Coliseum where stars of both Friday Night Smackdown and Monday Night Raw were present. Once again the Head of The Table dominated and took victory in a Triple Threat Match against current WWE Champion Big E and former WWE Champion, The All Mighty Bobby Lashley.

The new Raw champion was the author of an excellent test but just when he seemed one step away from success with a Big Ending on Lashley he intervened with a Roman chair and paved both of them. He then hit Bobby Lashley with a Spear and counted him on finding yet another success in his extraordinary streak.

After some time Roman Reigns also returns to Monday Night Raw where tonight he will have the opportunity to face the New Day in a dream match with the Usos. In Ohio, at the NationWide Arena in Columbus next Sunday Roman Reigns will defend the title against 'The Demon' Finn Balor, a suggestive version of the former NXT Champion.

In case of victory, the match for the title has already been announced as the challenge to be held on October 21 in the Pay per View of Crown Jewel between Roman Reigns and the returning Brock Lesnar. The Beast Incarnate made his return to WWE, after more than a year of absence, in the Pay per View of SummerSlam where he intervened at the end of the match between Roman Reigns and John Cena and sent important signals of challenge to the current champion and backbone of the WWE blue roster.

After weeks of crossbreeding, never physical, WWE has announced the long-awaited match for Crown Jewel. 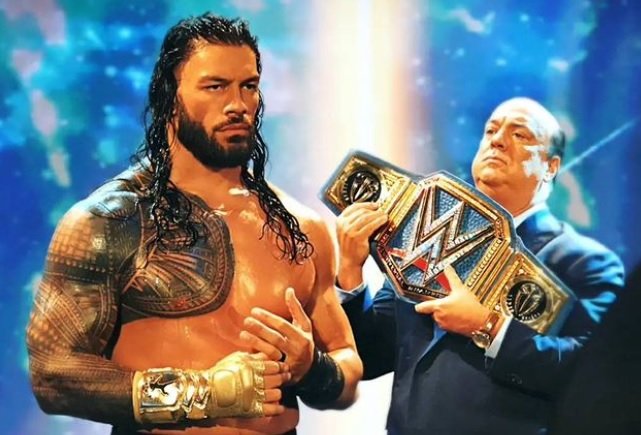 Brock Lesnar is and will remain one of the greatest wrestlers ever to hit the WWE rings, especially in recent years.

The Beast Incarnate recently made a comeback in SummerSlam's Pay per View and seems to soon want to have a challenge against WWE Universal Champion Roman Reigns, joined by his former manager Paul Heyman. During the last episode of Friday Night Smackdown, the wrestler asked for a Title shot, a request that was not accepted but which followed the first clash between the parties.

Roman attacked Brock to defend Paul Heyman (who was about to suffer the F5) and Lesnar retreated by attacking the Usos, severely destroying both Jimmy and Jey. The situation is currently blocked with Roman Reigns who, barring sensational surprises, should challenge 'Demon' Balor in the upcoming Extreme Rules Pay per View.

The match between Brock Lesnar and Roman Reigns is only postponed but at the moment for The Beast there is talk of another interesting opportunity in the Stanford company. Recent rumors speak of the fact that WWE is thinking of a possible match between Brock Lesnar and Gable Steveson, a 21-year-old wrestler just signed in the United States known above all for having won Olympic gold.

Vince McMahon's company would like the wrestler to retrace the footsteps of another Olympic star, namely Kurt Angle. Here are the latest reports from well-known colleague Dave Meltzer during Wrestling Observer Radio. Here are his words: "It has already been taken into consideration and there has been talk of a handover that could take place at Wrestlemania."