There are more and more confirmations regarding the future of WWE superstar Kevin Owens. The wrestler, currently on the Friday Night SmackDown roster, tweeted in recent days (and then deleted) the coordinates of Mt. Rushmore, the name of the group he had with Adam Cole and the Young Bucks in PWG, a strong signal according to WWE Universe regarding his possible arrival in AEW.

Subsequently to worry the fans came the news regarding the contractual details of KO: in fact the wrestler's contract was modified some time ago by Vince McMahon and will no longer expire in 2023 as initially planned, but well before and in January 2022.

There are a few months left and the future of the wrestler apparently seems marked as it seems clear from his 'We're almost there' posted on social networks a few hours ago. Over the course of his Living The Gimmick podcast Jon Alba gave further updates on the wrestler's future.

Here are his statements: "Speaking with some internal sources of the WWE, in the federation there is a clear conviction that Owens will leave as soon as his contract with the Stanford company ends. Also through social networks he has left several clues that his future could soon be in All Elite Wrestling.

Just to be clear, it is true that I have discussed with several WWE sources and the thought is this, but it is also true that there is still a long time to the expiration of his contract and maybe things can change. I really believe that he will be an important resource wherever he goes."

With Kevin Owens' farewell, which seems imminent, the world of the WWE Universe immediately questioned the future of the other WWE superstar Sami Zayn: the wrestler also has the contract expiring in Autumn and has spoken several times on the AEW social networks.

The details are not known yet, but after CM Punk, Daniel Bryan and Adam Cole it seems obvious that Tony Khan can again bet on some of the most interesting stars of Vince McMahon's company. 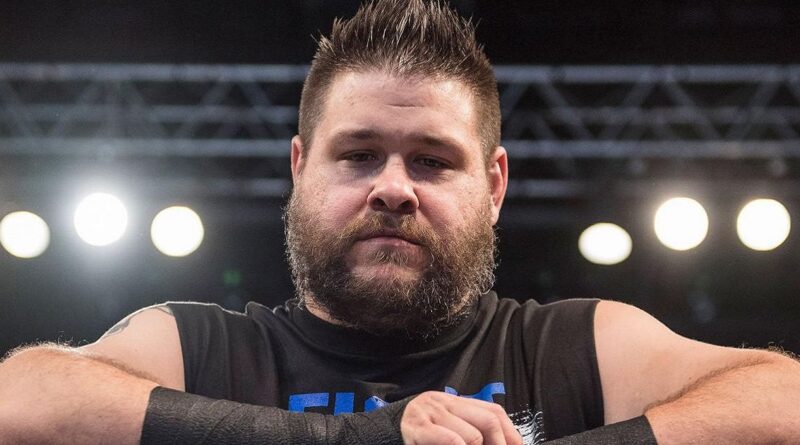 WWE superstars Kofi Kingston, Big E, Xavier Woods (aka New Day) and wrestling legend The Undertaker have been announced for a new interactive Netflix horror movie titled Escape The Undertaker. This was revealed by the sector site Bloody Disgusting, which also spread via Twitter the first images that are already in circulation and concerning the work.

According to Bloody Disgusting, this will be a summary of themovie's description: "The Undertaker has set a trap for the decorated tag team The New Day in his mansion. What they don't know: Undertaker's mansion is an extreme, full haunted house.

full of supernatural challenges. It is up to the viewers to decide the fate of these three poor souls as they try to survive the wrath of The Undertaker." The move will premiere on October 5. The film continues the ongoing partnership between WWE and the streaming service, which also saw the release of the 2020 film 'The Main Event', featuring various wrestlers such as Keith Lee, Kingston, Sheamus, The Miz and Commander Azeez.