As you have surely seen in the penultimate ppv of the Stamford company, Money in the Bank, which aired just before Summerslam, in which obviously both valid vaigettes were up for grabs for a titled chance to be exploited at any time of the year, both for a man and a woman of the company, there was also the long-awaited match between Charlotte Flair and Rhea Ripley, valid for the title of Raw Women's Champion, at that moment alongside the former champion called the nightmare by NXT.

Although both are two of the most capable and beloved wrestlers in the entire WWE, both Charlotte and Rhea, were welcomed at the beginning of the match with choirs dedicated to the still absent Becky Lynch, with WWE Universe fans flocking to the match to see Money in the Bank, which immediately sang the good old We Want Becky, at the two o'clock address.

In response, of course, Charlotte Flair preferred to remain silent, making the gestures speak and showing the middle finger to fans who chanted Becky Lynch's name instead of theirs. Speaking on the microphones of Renee Paquette, in her Oral Sessions, the current champion of Monday Night Raw wanted to answer why she showed the rude middle finger to the fans of the company at Money in the Bank, with the queen of the WWE having in fact told: "After the match, I was walking into Gorilla position and I was like Ah yeah.

I gave them what they deserved. Am I going to get in trouble? They really tired me out this time. Listen: you have Rhea Ripley - in the first big ppv with me. Are you there; and everyone is excited to have Becky back. I'm also excited to know that she will be back.

But you guys went from singing Becky to This is Awesome. If you know what I'm capable of, show me some respect at least in the face. I do not know. I usually make the best of a bad situation, black and white, happy Monday, happy Tuesday, but in that moment, I felt that way.

I was like Let me steal the show with Rhea Ripley. I know she is so good. Don't disrespect her. I know it. I can handle the weight of the blow." ù 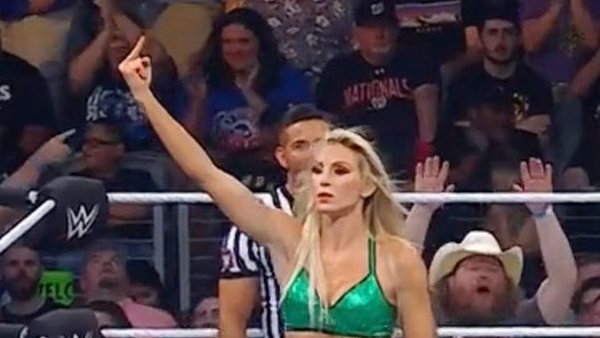