SummerSlam's latest Pay per View has brought many surprises and returns to WWE. The WWE Universe has witnessed the return in the company of wrestlers of the caliber of Becky Lynch and especially Brock Lesnar. The Beast Incarnate appeared right after the Main Event ended between John Cena and WWE Tribal Chief Roman Reigns to send a message and challenge to the current SmackDown title holder.

Lesnar appeared in Las Vegas to stop Roman Reigns' celebrations, saw an incredulous Paul Heyman (his former manager of him) leave the arena and the audience was in awe of his return to the ring. Brock Lesnar's return only saw him throw a series of glances at Roman Reigns but off screen Lesnar took all of his frustration by attacking John Cena and hitting him with his deadly F5.

After SummerSlam, WWE announced and publicized that Brock Lesnar will participate in the next episode of Friday Night Smackdown. The presence of the new female champion Becky Lynch was also announced at the blue show, returning to SummerSlam and sensational winner of a match against Bianca Belair.

In the past Brock Lesnar and Roman Reigns have challenged each other several times but Reigns was not yet in the role of the Tribal Chief and the latest indications even state that Lesnar could in this case play the role of Face.

Furthermore, it is not certain that the two wrestlers will face each other in the next Pay per View of Extreme Rules indeed it seems that WWE wants to keep the two warm and make them compete in Saudi Arabia in the Crown Jewel event, announced for next October.

There is a lot of curiosity about this feud and many are looking forward to witnessing this clash. As for the match that so many expected between Brock Lesnar and WWE Champion Bobby Lashley, this fight will not happen. WWE wanted to 'protect' both wrestlers and for this reason they preferred The All Mighty to continue the feud with Bill Goldberg and his son Gage. 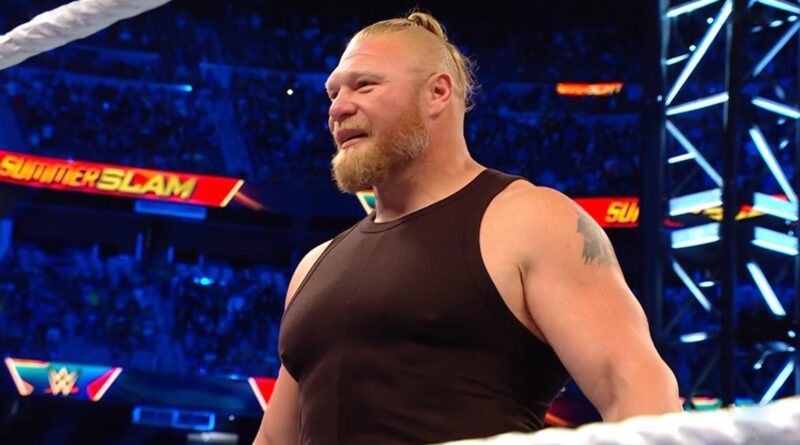