In the last edition of Summerslam, we saw among the many very important matches of the card that the WWE wanted to set up for its summer Big Four, also a match valid for the WWE Championship, between the WWE Hall of Famer Bill Goldberg and the current absolute champion of the red show, Bobby Lashley.

After a challenge that came out of nowhere in recent weeks, the two finally faced each other on the square of the most important event of the summer, but apparently this year even more important than the entire WWE calendar, including Wrestlemania, with the All Mighty who got the better of, repeatedly hitting Da Man's leg, no longer allowing him to take part in the contest and thus forcing the referee to call the end of the match.

Immediately after the bell rang, however, a Bobby Lashley still not sated with victory, continued to hit his opponent, seeing himself attacked in vain by Goldberg's son, with the young boy who remained on the ground after suffering the Full House.

Nelson of the champion, who knocked him down, in front of his father's helpless gaze. Although the thing was not captured by WWE cameras in an integral way, it was seen how at the end of the match Goldberg went to verify the condition of his son, with a rather puzzled attitude that in reality it was not due to the All Mighty attack, but the failure to sell the son to the attack in the WWE champion's kayfabe.

In his latest interview with CarCast, the former McMahon Universal Champion revealed in a rather shocking statement: "I don't see this shit. I was strangling him. He said to me 'Dad, when you came close to me you tightened me too much, you were choking me' and I said 'I saw you laugh man, I had to take that smile off' The boy is not addicted to pressure.

He did his four hours of homework before stepping into the ring with a 140kg monster who broke his father's ass. He didn't bother him. My wife was backstage. If she had been anywhere near the ring, she would have jumped on her too." 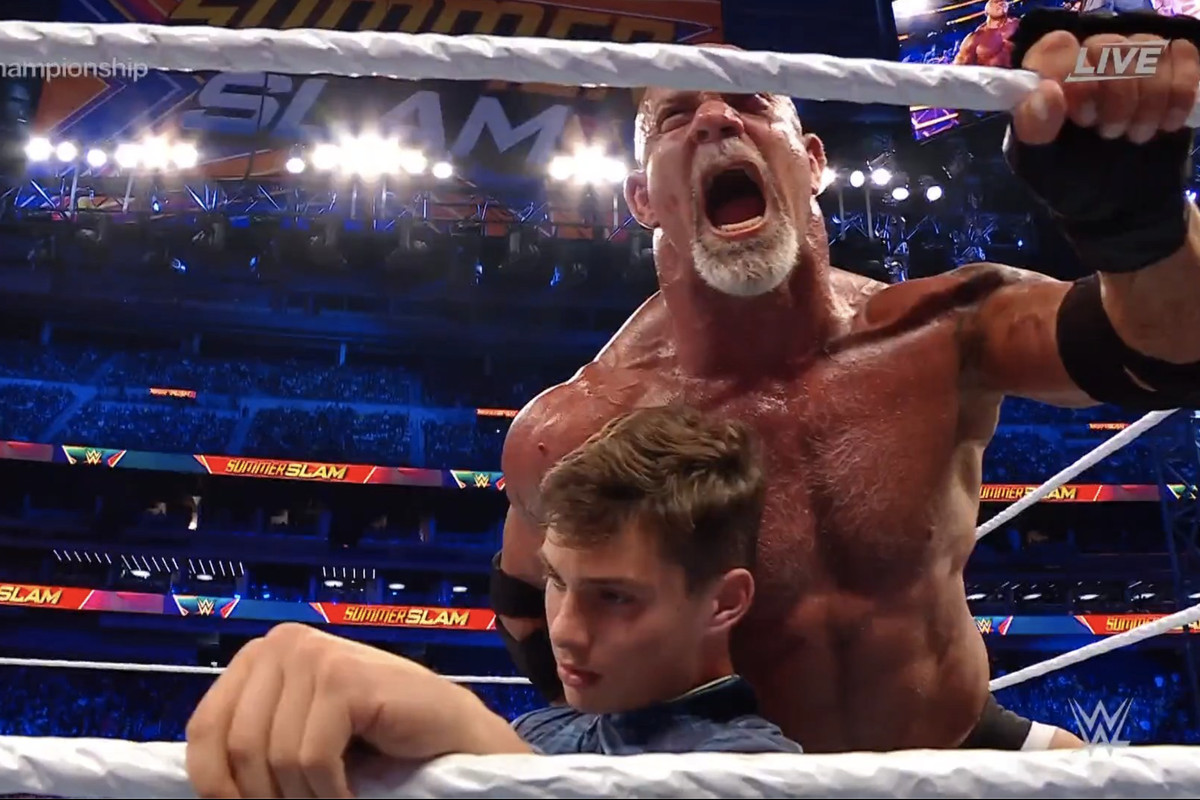