John Cena was one of the stars of the WWE summer, having made his return to the ring after more than a year at the end of the Money in the Bank pay-per-view. The 16-time world champion gave birth to a spectacular feud with Roman Reigns, embellished with a splendid promo that thrilled both fans and the public.

Their storyline culminated in SummerSlam, which took place on August 21, with the Tribal Chief victorious in the contest despite the stalwart resistance of the Bostonian. As if that weren't enough, Brock Lesnar - who unexpectedly showed up to challenge Reigns, filled Cena with German suplex and then knocked him out with a devastating F-5.

According to the latest rumors, John's stint may have already ended given his numerous commitments in Hollywood. The leader of the 'Cenation' is currently only advertised for the episode of SmackDown to be held at Madison Square Garden in New York on September 10, in which he will work alongside Rey and Dominik Mysterio against Roman Reigns and the Usos.

In a very recent appearance on Good Morning America, John Cena talked about his future in WWE after his heavy defeat to Roman Reigns. He said: "Unfortunately, WWE does not award a silver medal. My goal is to try to do my best until I can offer a decent product to the consumer.

There is nothing comparable to the energy that the crowd transmits to you while you are in that ring. I have had the opportunity to do many things in my life, but I have not found that adrenaline anywhere else. WWE will always be my home.

I wouldn't be who I am today without it. I feel I still have something to give to the public, which represents a kind of second family for me." 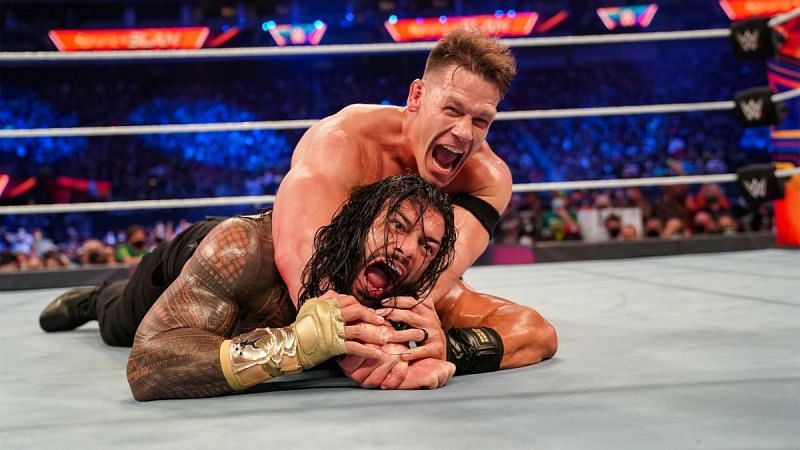