The most sensational blow given to WWE Universe fans by the McMahon company for Summerslam, was undoubtedly the surprise return of Brock Lesnar, who appeared after more than a year of absence in the rings of the McMahon summer Big Four, with a totally new look and a challenge never seen before, started at the address of the Tribal Chief of the Stamford company: Roman Reigns.

After seeing Reigns tarmac John Cena in an almost one-way match, it was time to get back on stage for The Beast, who took on the current WWE Friday Night Blue Show World Champion with just a look and then instead he dedicated himself to destroying John Cena with the cameras now off.

After a German Suplex and an F-5, Lesnar left the arena, amid the chants and screams of the fans who flocked to the Allegiant Stadium for this great event. Apparently, the plans that would be emerging after what was seen at Summerslam, would be yet another change of organization for one of the main eventers of the WWE.

Even if Becky Lynch had returned well in advance of her schedule, which read October as the month of return, but due to the forfeit of Sasha Banks she had to forge ahead, even in the Lesnar case it would seem that WWE had to spice things up a bit.

According to the latest Wrestling Observer radio show, the WWE executives' initial idea was to stage a Lesnar vs Reigns no earlier than Wrestlemania in 2023, as the 2022 Wrestlemania card would already be busy at the moment.

The Rock vs Roman Reigns. It is not known why everything was anticipated with so much time difference from the close-ups, but a clash between the two is expected already in the Arabian ppv that will arrive in October, with Crown Jewel of Riyadh which now seems almost confirmed.

In all this we still don't know what Paul Heyman will do, if he will join his client par excellence, Lesnar, again, or if he will remain by the side of the Tribal Chief, not betraying the trust and vision of work set up throughout this long period with Roman Reigns. 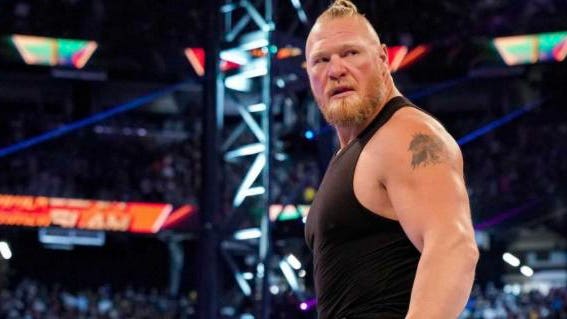