Over the course of their careers, WWE Superstars go from being young talent and therefore those who are the latest arrivals to WWE, who must try to deserve respect from the whole crew, both inside the ring and in the backstage of the federation, then being great athletes respected and admired by the whole world, until becoming a real legend, at the end of their career.

Among the many who have made these steps, finding themselves now to be WWE Hall of Famer, we find the likes of Kurt Angle, Ron Simmons, Ric Fair, Steve Austin and so on and so forth. All wrestlers have been retired for years from the pro-wrestling world, but they still receive a lot of respect for what has been donated to the pro-wrestling discipline throughout their twenty-year or thirty-year career.

In the latest episode of his The Kurt Angle Show, WWE Hall of Famer's personal podcast winner of an Olympic gold medal in Atlanta '96, Kurt wanted to reveal the name of everyone's most feared WWE Superstar, as he could have pulled ears to anyone, as much respected by everyone in the backstage, we are talking about the former member of the APA, Ron Simmons, the master of Damn.

Regarding the great respect for him that the whole crew has always had, Angle has in fact told: "Because he (Ron Simmons) was truly feared. He was the guy who could kick ass or anyone in the locker room. So, I think everyone had a lot of respect for him for this particular reason and on top of that he was also a great worker.

It really was." After trying to fly solo for years, the real and concrete success on WWE televisions, for Ron Simmons, came thanks to the couple formed with JBL, at the time of the APA, with the two who were one of WWE's pivotal tag teams in the Attitude Era and with both athletes who are now Hall of Famers of the federation and have finished their ring engagements for years now. 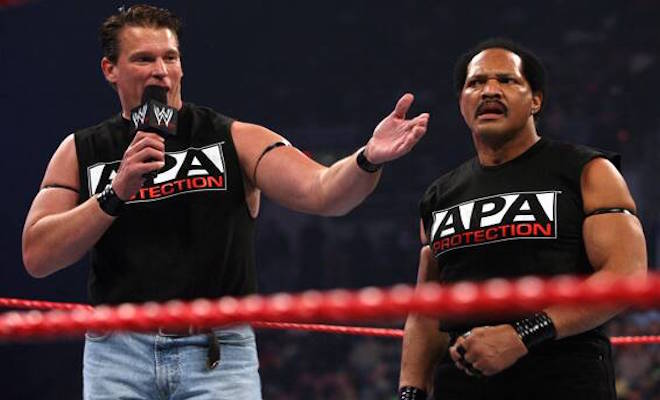