Now with Becky Lynch absent from the scene since May 2020, we are all there carving the lines that count the days on the wall as we hope to get closer and closer to her return to WWE. Months and months passed, from about January 2021, to read that Becky will be back soon, perhaps at the Royal Rumble, perhaps at Wrestlemania or perhaps at Money in the Bank, but nothing to do, the redhead is still not seen.

Her last hope is to be able to see her again at Summerslam, the stage on which she was the protagonist in 2018 of her betrayal against her best friend Charlotte Flair, where The Man really began to take hold. Then in July we kept you updated practically every week, trying together with the whole WWE Universe to understand when the former double champion of Wrestlemania 35 would actually return.

Our PW Insider colleague, Mike Johnson, in the last few hours has updated us on the situation of one of the most anticipated returns of the WWE, letting us know that, although the plans may always change at the last minute, for now there are no plans for her to Summerslam.

"The rumor she was making on WWE TV recordings in the past week was that she would be back on TV this fall, with October openly discussed." We remind you that the dates of the famous WWE Draft have been moved from August to October, with the Queen of the Ring tournament being held in the month of the scariest party of the year.

Also keep your eyes open because according to what reported by Sean Ross Sapp, The Man could make his return to a roster that is not that of Raw, perhaps also helped by the above-mentioned Draft. We just have to wait for further updates and who knows, maybe WWE will decide to surprise everyone and bring Becky back in a totally random or unexpected moment so as not to ruin her much-needed return.

Meanwhile, the WWE Universe during the shows on the road continues with its chorus "Becky Becky Becky!" 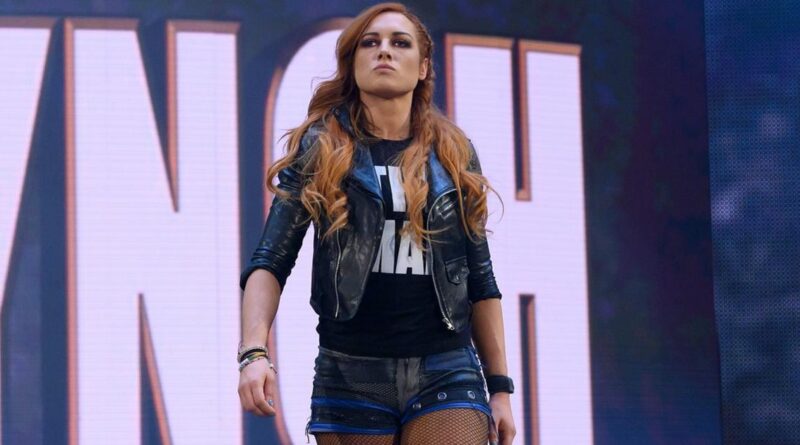