The Undertaker played his last match at WrestleMania 36 last year when he faced AJ Styles in a spectacular Boneyard Match. The meeting received a favorable response from the WWE Universe, which appreciated the strategy of the federation in a moment unprecedented for the whole world (in fact, the pandemic had recently broken out).

The body of the Deadman had already shown evident signs of wear in the years preceding his retirement, as admitted by the Gravedigger himself within the docu-series The Last Ride. Many wrestling fans will surely remember the disastrous match against Goldberg, which took place in Saudi Arabia and in which the two veterans risked getting seriously hurt.

Taker greeted everyone at Survivor Series 2020, in the same pay-per-view in which he made his all-time debut 30 years earlier. During the last edition of his Hall of Fame podcast, Booker T did not rule out a return to the 'Phenom' ring in one of the next editions of WrestleMania.

He said: "The Boneyard Match against AJ Styles was a great way out, but consider what we just saw in the Money in the Bank PPV. All those people, all those fans, who would be able to give him the perfect goodbye, as a legend of his caliber deserves.

I'm not ruling out that we may see The Undertaker in the ring once more in the future. Obviously I am unable to say when. Maybe already this year, or maybe next. It would be great to admire him again with a jacket and hat as he makes his iconic entrance."

Some time ago, current AEW star Chris Jericho expressed his desire to return to work with Taker. "We've fought a couple of times and they've always come up with thrilling encounters, but we've never had a chance to build a long feud.

I would have loved to collaborate with Bret and Owen Hart too." Barring sensational twists, the final word on the Undertaker's wonderful career has been written. 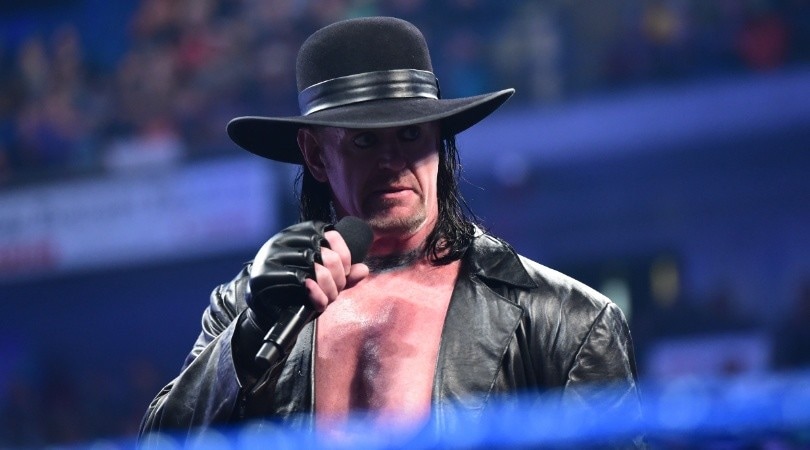 At this time of the year, there is nothing but talk of Brock Lesnar's possible return to WWE.

The former Universal Champion hasn't had an official match since WrestleMania 36 last year, when Drew McIntyre ended his controversial reign as champion. The contract that linked the Beast to the Stamford federation expired in August 2020, with the extremely harsh effects of the pandemic making an agreement between the parties even more difficult.

During his long WWE tenure, Lesnar formed a special relationship with Paul Heyman, who has managed it for nearly his entire career. In a recent interview with Alistair McGeorge for METRO, Heyman expressed his judgment on Brock's future plans: "Brock Lesnar will do what Brock Lesnar wants to do.

If he wants to give himself a chance in rugby and break any existing record, he will do it." After making his return to SummerSlam last year, Roman Reigns joined forces with Heyman, who has since become the personal advisor to the Tribal Chief.

The rivalry between Lesnar and Reigns had exploded in 2015, culminating in a beautiful match staged at WrestleMania 31. They met again in the WrestleMania main event three years later. In the same interview, Heyman was asked which side he would take in a hypothetical feud between the two.

"Well, this is a hypothetical question, I just stick to the facts. My father always said: 'If your aunt had bitches, she would be your uncle' She doesn't have them, so she isn't," he joked. Recall that WWE has obtained authorization to return 'on the road' starting from the episode of SmackDown aired this Friday. We hope it is the beginning of the rebirth.