Conor McGregor was arrested in Corsica on suspicion of attempted violence. After 48 hours the man was released. According to the French agency AFP: "Following a complaint filed on September 10th in which facts were denounced that could be qualified as attempted violence indecent acts, Conor Anthony McGregor was interrogated by the Gendarmerie and is now under custody of the police," writes the prosecutor in a concise statement sent to the AFP.

Shortly after confirmation of the arrest McGregor returned to freedom.

There are other details on the charges against him. The MMA champion in 2019 had been investigated on a rape charge.

He was reported by a woman from Dublin and the alleged crime would have taken place in a hotel in the Irish capital. Nothing is known about the outcome of the investigation due to the restrictive privacy regulations in force in Ireland.

And also because it is possible that the proceeding was closed with monetary agreements in civil court. The athlete's spokesperson said McGregor vigorously denies any allegations against him. McGregor's attorney said he was released before the legal term of pre-trial detention and without any judicial review following a complaint filed against him.

This is because the Irishman, in addition to being certainly the most famous of fighters, is also the richest. Its heritage is described as amazing. McGregor was in Corsica to take part in a charity trip across the Mediterranean, a 180-kilometer voyage that he was to undertake with the Princess of Monaco, Charlene, to raise awareness of the dangers of the sea and the safety measures to be taken when you venture into the water.

Obviously Conor was forced to give up the event. 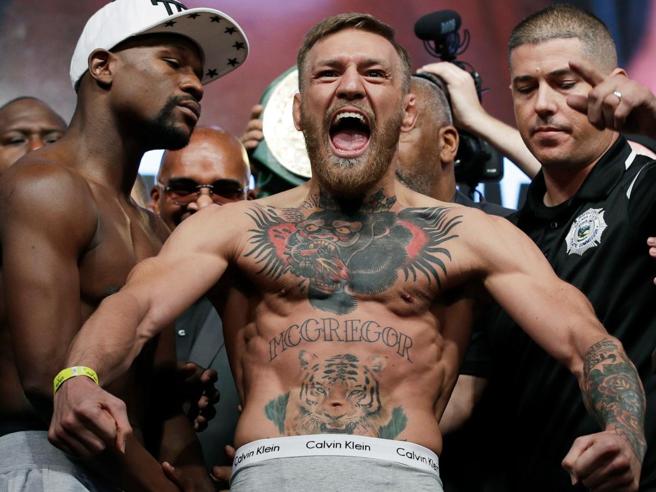 In a previous article of our writer Sead Dedovic, we can read that in the world of UFC, a big boom was caused by Dan Hardy's criticism of referee Herb Dean after he prevented a knockout by Trinaldo“Yeah, but I feel like there’s a lot of confusion around this still,” Hardy recently told MMA Junkie Radio.

“I’ve kind of put it out of my mind. It became so frustratingly irritating that people didn’t have the right information”. , as quoted by mmajunkie. Dean thinks they got what they wanted out of context: “(Dean) came over to me and spoke to me at the desk,” Hardy said.

(White saying), ‘You can never approach an official.’ That was not aimed at me. I’m not taking that as being aimed at me in any way. That was, to me, related to the fight the following week at UAE Warriors where one of the fighters wouldn’t let go of the choke and then pushed Marc Goddard, who was the official on that night.

It was a bit of a mix of a reply from Dana at the press conference. That, to me, was what he was replying to. I didn’t approach an official”. Hardy believes that no one should be hurt because he was just saying what he thought and that the judge should do his job according to the rules“ I’ve spoken to the UFC about it,” Hardy said.

“They don’t want me shouting at the officials on the broadcast. That was my feedback from it. At the same time, I don’t want to be put in a position where an official isn’t doing their job. … I just want accountability.

That’s all I want. We’re in a sport where people can get seriously hurt – permanently seriously hurt”. He is also ready to talk to the judge if there is a need for that: “Herb has refereed me a couple of times,” Hardy said.

“I’ve always respected him as a highly experienced official. There’s no denying he’s a good referee. There’s also no denying that he’s human, and people do make mistakes. We don’t grow unless we take accountability for those mistakes.

That’s all it was about. I have nothing against Herb. If he wants a conversation with me about it, I will have one in private or in public. He can come on the podcast, and I’ll discuss it with him on record. There are lots of things we can all learn from it”.

TODAY'S MOST POPULAR
NEWS
Morgan Sanson will soon become the new Aston Villa player
Michael Chandler is ready to fight Poirier or McGregor
Tom Dumoulin retires from cycling?
Poirier: "I don't see why I'm an outsider and I don't think I should be"
Lakers' LeBron James, Anthony Davis still have trouble with Kobe Bryant's death
Federica Pellegrini confident in the future
Maya Weug first woman Ferrari driver!
THIS WEEK MOST POPULAR
NEWS
Roger Federer and his best seasons
Guido Pella against Rafael Nadal and Dominic Thiem
Michael Phelps: the most titanic of the titans
Andrea Conti goes on loan to Parma
That's why WWE hasn't talked about Donald Trump since his election to the White House
McGregor nearly cried at today’s press conference
Alexa Bliss is officially back on the ring!