Conor McGregor, in Rome for the baptism of his son by Pope Francis in the Vatican, allegedly punched the Italian singer Francesco Facchinetti in the face. The episode would have happened according to the reconstruction of the singer during an evening organized at the Hotel St.

Regis. Wilma Faissol, Facchinetti's wife, in a story on Instagram, said: "It had to be a nice evening, we were invited to a hotel to meet Conor McGregor, he was in Italy to baptize his son, we had fun, we talked for hours.

Out of nowhere, he punched Francesco in the face. Out of nowhere. Luckily they were very close, so he didn't have the chance to charge him: he could kill him. Francesco flew back, fell on a table. He rolled, fell on a chair and then on the floor.

Francesco was all bloody. And it all happened in a hotel. We called the police but he is a dangerous person, don't go near me. " Facchinetti himself posted videos on his profile, saying: "I was attacked by Conor McGregor.

He gave it to me for no reason: he could throw it at my wife who was there with me, my friends or my other friends who were there. I chose to sue because if it went well it's a miracle. His hands are weapons. We welcomed him as a hero, but he's just a bully.

I hope he pays since it's not even the first time." 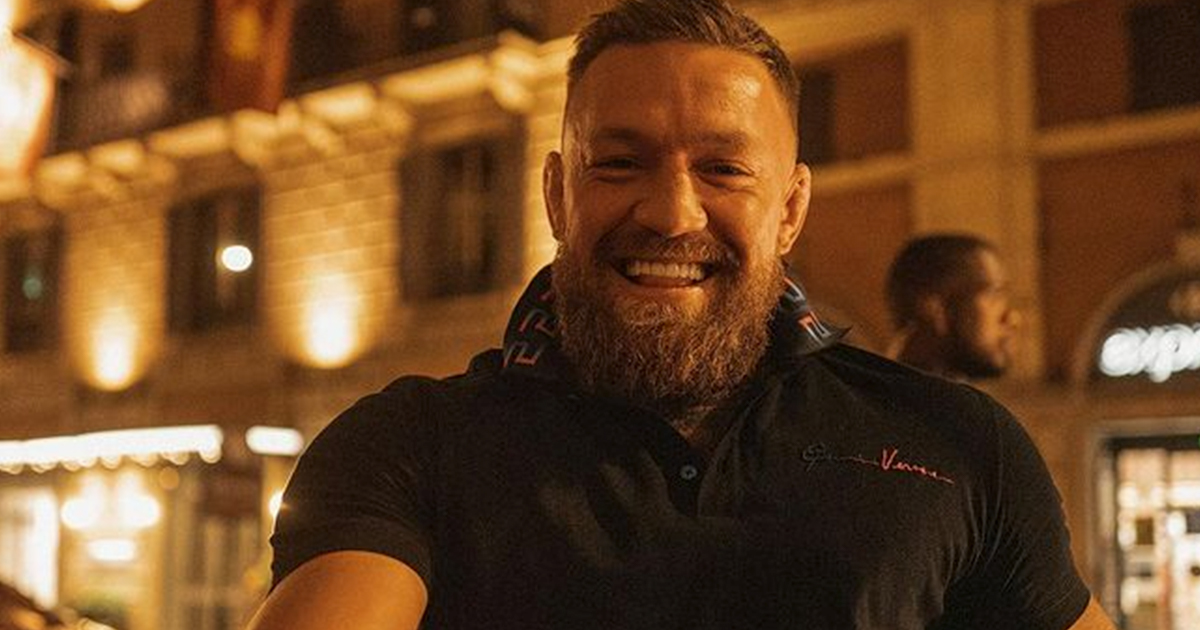 PSG soccer star Mauro Icardi and his wife-manager Wanda Nara are going to separate? This was revealed by a story on Instagram published by the woman, who allegedly wrote "Another family you ruined for being a zorra (in English it means w**re)!" It would seem from rumors in fact that the Argentine striker has cheated on his wife with the Argentinian showgirl.

According to the Buenos Aires daily Clarin, the woman in question should be the star of Argentine TV El Nueve, Maria Eugenia Suarez. Wanda Nara followed Suarez on Instagram up to 7 hours before her story on social media. Suarez is famous in Argentina for having already caused the separation of actor Benjamin Vicuña from her then partner in 2015.

Wanda Nara deleted all her posts with Mauro from her Instagram, leaving only those with her children. In addition, Wanda, who is also her husband's agent, suddenly stopped following Mauro's Instagram. According to Mundo Famosos Nara would have confirmed her immediate separation from her husband, also according to the journalist Ker Weinstein who on her Instagram profile said that Wanda wrote to her: "I have separated."

Married to Mauro since May 2014, Wanda became his agent, negotiating his move to Paris for 50 million plus an 8 million bonus to Inter, and 12 million gross per season for the center forward.

TODAY'S MOST POPULAR
NEWS
Volleyball player collapses and dies after vaccine
Roy Butler dies days after reportedly taking vaccine
Chris Paul: Good feeling to win 17 consecutive games with three different teams
WTA suspends tournaments in China for Peng's issue
Is Triple H's health condition more serious than expected?
The Undertaker: "Difficult to have the same success in social media world"
Hunter vs Forrest: Who is better at the moment?
THIS WEEK MOST POPULAR
NEWS
Professional baseball player Yusuke Kinoshita died after vaccination
Ex-Atlanta Hawks player Brandon Goodwin: I was all good until I took vaccine
Did Pedro Obiang suffer from myocarditis after the vaccine?
Rune Coghe and the heart attack after the vaccine
Bert Smith's collapse from blood clot after vaccine
Princeton High School soccer player collapses and dies at 16
Luis Ojeda's death: what is known about the cause of the illness?