According to John Coates, vice president of the IOC, the Tokyo Olympics will be played regardless of the situation linked to the Covid-19 pandemic. The 70-year-old Australian, head of the coordination commission of the Japanese Games, said so in the past few hours.

He said: "The review will begin as scheduled on 23 July. In reference to the 2011 tsunami, it would have been the Olympics of reconstruction: now it will also be the event that will bring the light to the end of the tunnel ."

On Friday, in the Japanese capital, there was the first of five scheduled meetings between representatives of the Japanese government, the city administration and the committee was held manager. The next one, also in September, will deal with athletes, transport and border controls and the following one, in October, of Athletes village and competition venues.

The last one, in November, will address the very delicate issue of the presence of spectators.

Coates: "The urgency is to find the necessary countermeasures for every possible scenario"

Coates also said: "The task awaiting the organizers is difficult: the urgency is to find the necessary countermeasures for every possible scenario.

But I am sure that Tokyo will be able to accommodate anyone in the best possible way." Toshiro Muto, CEO of the committee, reiterated in the context: "IOC and the World Health Organization have already discussed the issue related to the vaccine: obviously, if an effective one is developed we will be happy and relieved and it will be very useful in view of the event .

However it is not a binding condition." In more general terms, a study conducted by a pool of researchers from the University of Oxford, argues that the cities that are candidates to host an Olympics should compare the economic risks of the operation to a catastrophe natural, a pandemic or a war.

The IOC is accused of downplaying what the researchers claim are the inevitable dangers of exceeding budgeted costs. 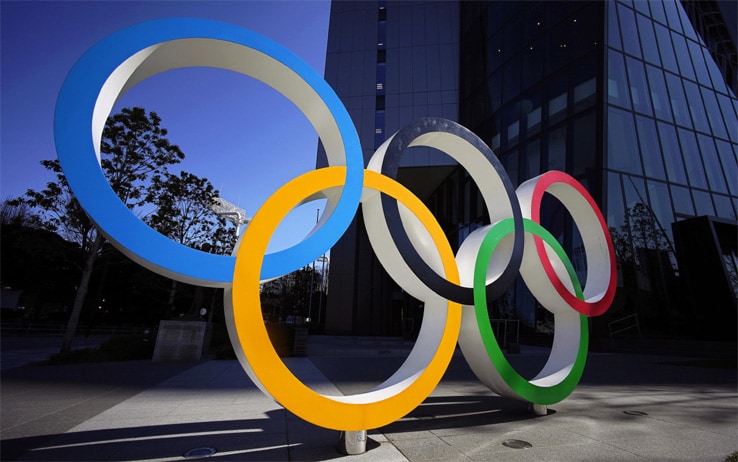 Farah covered 21.330 km, improving the previous record (21.285 km) that Haile Gebrselassie had set in Ostrava in 2007. In the last meettin of Diamond League 2020, Luminosa Bogliolo won in 12 "88 the 100 obstacles of the Diamond League at the meeting in Stockholm, writing a historical page of Italian athletics.

In fact, it had never happened that an Italian won a race on the prestigious International Tour. On the track of the Olympic Stadium, with no crowd due to the global pandemic health measures, the 25-years-old preceded the Finnish Lotta Harala (13 "07) and the Danish Mette Graversgaard (13" 13).

Bogliolo won in 12.88. Katarina Johnson-Thompson only sixth in 13.94. Luminosa Bogliolo comments on her performance, saying: "I don't consider it a good race, I wanted to start much better. I knew I had to beat Harala, which is the Finnish that starts better.

among the four strongest. On the blocks I was convinced they gave us 'at the time' because the wait had been really long, they waited for a jump from the pole platform. And when the starter fired I didn't really accelerate.

Then from the first obstacle I decided to run as smoothly as possible. We have been working on it a lot in training lately, because sometimes I force too much. I didn't think a 12.88 would come out like that."

TODAY'S MOST POPULAR
NEWS
Buccaneers open to giving Tom Brady extension this offseason
Maria: "Here's how WWE reacted when I announced I was pregnant"
Gasperini: "This is a football suicide."
Ruiz Jr: "I see Tyson Fury as the winner of that match."
Juan Mata looking for a new club
Manchester United vs Real Sociedad: The reserve players could get a chance
Angelino: "Pep Guardiola killed my self-confidence."
THIS WEEK MOST POPULAR
NEWS
Lindsey Vonn praised Roger Federer: "He is the GOAT"
Michael Phelps: the most titanic of the titans
Charlotte Flair: Dress issue forces WWE to turn off screens!
Rhea Ripley changes her look!
Grigor Dimitrov is no longer single: he has a new girlfriend!
Naomi Osaka: "I worked hard to reach this milestone"
Australian Open 2021: Novak Djokovic won his 18th Slam