Hitomi Hatakeda, 21-year-old Japanese gymnast has had an accident and is now facing paralysis. This was announced by the Japanese Gymnastics Federation. All the staff of Spoet World News wish her a complete recovery. Hitomi also competed at the Tokyo Games, and she had recently qualified for the all-around final at the world championships, in Kitakyushu, Japan.

Her father is a former gymnast, bronze medalist at the 1992 Barcelona Olympics. She fell during an asymmetrical parallel bar training, resulting in a spinal injury. She was immediately taken to the hospital, where tests revealed spinal cord damage and several bruises to the cervical vertebrae.

Hitomi also competed at the Tokyo Games, and she had recently qualified for the all-around final at the world championships, in Kitakyushu, Japan. Her father is a former gymnast, bronze medalist at the 1992 Barcelona Olympics. 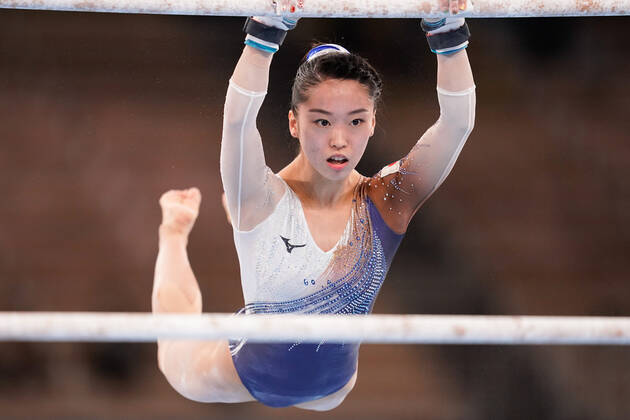 Rafael Nadal: "The best decision I've ever made is.."

Rafael Nadal did not have a dream season, struggling more than expected due to some physical problems. His back tormented the Spaniard in the first half of 2021, preventing him from coming into shape at the Australian Open.

The former world number 1 returned to his beloved clay court, where he collected two trophies (Barcelona and Rome), but failed to win his 14th title at Roland Garros. His race was interrupted in the semifinals by Novak Djokovic, who would later win the tournament.

The Iberian's foot injury got worse, so much so that it forced him to give up on Wimbledon and the Tokyo Olympics in the following two months. The 20-time Grand Slam champion signed up for the Washington tournament in early August, but a couple of matches were enough for him to realize the pain was too much.

Rafa will only return to the pitch in 2022, with the hope of being able to give himself a more continuous and satisfying year. Meanwhile, the 35-year-old from Manacor was invited as a speaker at the enlightED conference, where he examined the importance of setting goals and doing the utmost to achieve them.

Nadal said: "There is no greater personal satisfaction than going home knowing that you have done everything possible to achieve your goals. Commitment, dedication and humility are the keys to improving daily and reducing the gap that separates us from our goals.

I don't understand life in any other way. Not having a goal in mind would make everything boring and meaningless. If you surround yourself with competent people, then it will be much easier to succeed. The best decision I made in my career was to surround myself with people who have always told me things the way they were. There have never been too many problems about how or when they should have opened their mouths."