In Valencia, Ugandan Joshua Cheptegei shattered the limit set 15 years ago by Kenenisa Bekele on 10,000. But who is the record man? Born on September 12, 1996, Cheptegei was in 2014, gold medal at the Eugene Junior World Championships in the 10,000m flat, while he finished fourth in the 5000m flat.

Who is Joshua Cheptegei, the man of records

At the Zevenheuvelenloop, in Nijmegen, on November 18, 2018 he raced the 15 km of the track in 41'05 ", realizing the new best performance in the world. On August 14, 2020, during the Herculis meeting in Munich, he ran the 5000 flat meters in 12'35 "36, setting the new world record for the specialty, previously held by the Ethiopian Kenenisa Bekele. 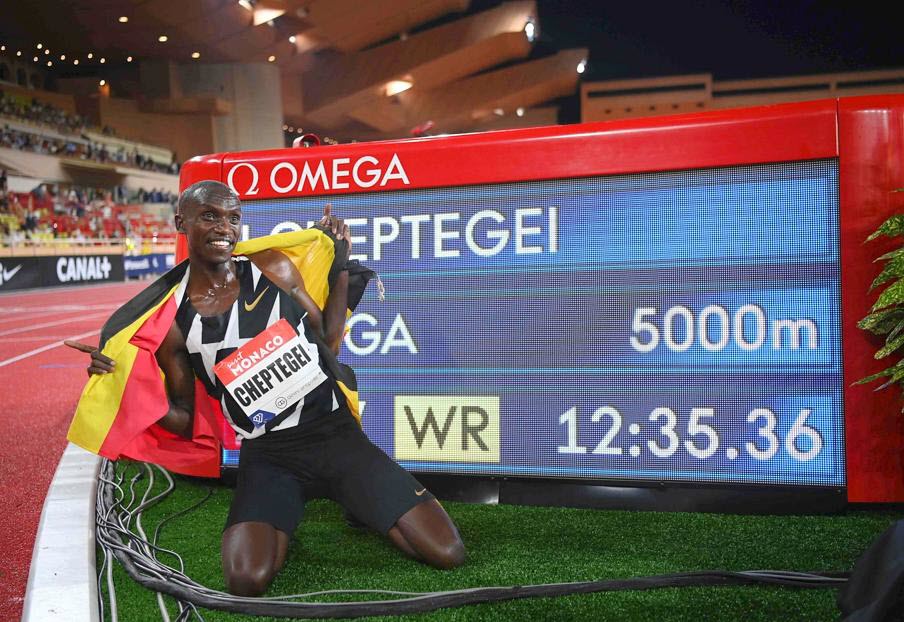 Meanwhile some weeks ago we told you how Mo Farah marked another amazing record.

The 37-years-old Briton, already two-time Olympic champion and three-time world champion in both 5000 and 10000 meters, set the world hour record during the Diamond League stage in Brussels. Farah covered 21.330 km, improving the previous record (21.285 km) that Haile Gebrselassie had set in Ostrava in 2007.

In the last meettin of Diamond League 2020, Luminosa Bogliolo won in 12 "88 the 100 obstacles of the Diamond League at the meeting in Stockholm, writing a historical page of Italian athletics. In fact, it had never happened that an Italian won a race on the prestigious International Tour.

On the track of the Olympic Stadium, with no crowd due to the global pandemic health measures, the 25-years-old preceded the Finnish Lotta Harala (13 "07) and the Danish Mette Graversgaard (13" 13). Bogliolo won in 12.88.

Katarina Johnson-Thompson only sixth in 13.94. Luminosa Bogliolo comments on her performance, saying: "I don't consider it a good race, I wanted to start much better. I knew I had to beat Harala, which is the Finnish that starts better.

among the four strongest. On the blocks I was convinced they gave us 'at the time' because the wait had been really long, they waited for a jump from the pole platform. And when the starter fired I didn't really accelerate.

Then from the first obstacle I decided to run as smoothly as possible. We have been working on it a lot in training lately, because sometimes I force too much. I didn't think a 12.88 would come out like that."