Rafael Nadal is one of the best tennis players of all time. The Spanish champion is experiencing a magical 2022, a year that could consecrate him as the strongest tennis player of all time. Returning after a long stop at the beginning of the season, Rafa made one of the best 'comebacks' in history by taking advantage of the absence of Novak Djokovic in Australia and winning the twenty-first Grand Slam title in his history.

Two sets down in the final and with Medvedev one step away from triumph, Nadal reacted well and overturned the match to win his twenty-first Grand Slam title. A few days ago, at Roland Garros in Paris, Nadal avenged the sensational defeat of 2021 and obtained his fourteenth career Roland Garros and above all the twenty-second Grand Slam title.

The gap from Roger Federer and Novak Djokovic is getting wider and there are many who talk about Rafa as the GOAT of tennis. Despite frequent foot problems, Rafa did not give up and fought back to the end. More than the final dominated against Casper Ruud, the decisive match was the Quarterfinal where Rafa Nadal finally had the revenge on his great rival, the number one in the world (at that moment) Novak Djokovic.

The latest on Rafa Nadal

2022 is so far a magical year for the Majorcan champion and this golden period could also continue outside the sports scene. In the last few hours, there would be frequent rumors that Mery Xisca Perello, wife of the Iberian champion, would be expecting the first child of Rafa Nadal.

Obviously they are just rumors and until now there would have been no further confirmations but Rafa and Mery could soon totally change their lives. To report this important news, complete with a suspicious photo, was the Iberian newspaper Hola.

There is curiosity to understand (in case of confirmation of this news) how Rafa will react on the tennis court. In the course of their lives Roger Federer and Novak Djokovic have combined their careers as tennis players and fathers and now it will be necessary to understand Rafa's decision.

Here is the controversial photo that literally sent Spanish fans into a tailspin: 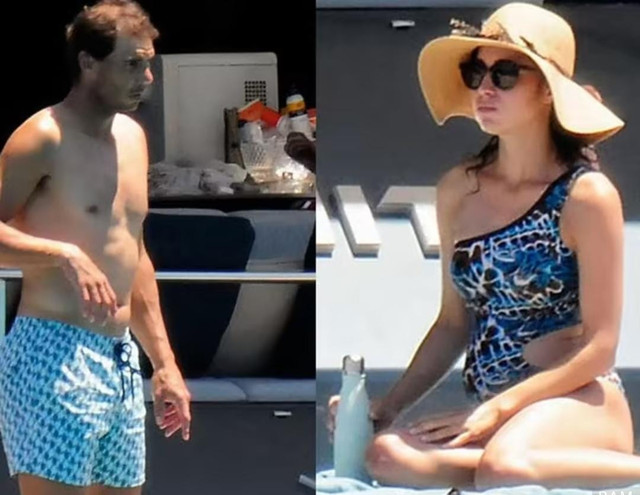 TODAY'S MOST POPULAR
NEWS
Chicago White Sox' Liam Hendriks reaction to Illinois Parade Shooting
Kendrick Perkins has absolutely crazy trade suspicion about Kevin Durant (WATCH)
Terry McLaurin reacts to signing monster extension with Commanders
McLaren team principal Andreas Seidl on F1 issue
Juventus: here are Angel Di Maria and Paul Pogba
Ben Stokes: "Other teams are perhaps better than us, but they won't be.."
THIS WEEK MOST POPULAR
NEWS
Matteo Berrettini spotted with a model Meredith Mickelson
Lita, Edge and the bed-ring moment: "I said no, WWE threatened to kick me out!"
Simona Halep reveals the greatest gift received at her wedding
Liv Morgan: "Here's what Ronda Rousey told me at Money In The Bank"
Wimbledon announces sanctions against Stefanos Tsitsipas and Nick Kyrgios
Neymar reveals what helped him become a better player
Mike Tyson surprised fans with details from the time spent in prison