Roger Federer was not exactly a protagonist on the tennis court in 2021. The Swiss legend has in fact played just 13 official matches this year, racking up nine wins against four defeats. His big goal was Wimbledon, where the 40-year-old from Basel went all the way to the quarters (thanks also to a not impossible scoreboard).

When it looked like the King was close to top condition, there was a peremptory beating against Hubert Hurkacz on Center Court. That was also the last game the 20-time Grand Slam champion played this season. A few weeks later, the former world number 1 announced that he had to operate on his right knee for the third time in the past year and a half.

Roger hopes to return to the pitch in 2022 for one final runway, but there are no guarantees in this regard. Federer still walks on crutches and there is no clear plan for his return to the tour. Meanwhile, the Swiss has inaugurated a tram named after him in Basel (his hometown).

Interviewed by Basel Live, the Swiss Maestro revealed that he was also involved in the design of the tram called Federer Express. "Well, it was quite a long process," Federer said. "The most important thing was that it was a useful work for the city, not for myself.

I hope people enjoy watching this tram. Some highlights of my career were represented on the outside, while inside there is information about my childhood and my path in the ATP Tour. I am proud that the city of Basel wanted to give me such a gift, it is a great honor "- added the eight-time Wimbledon champion.

Roger dropped out of the Top 10 for the first time since 2017 and is expected to close the year around 18th ATP position. It is not clear which tournaments he will play in 2022, but his absence from the Australian Open seems obvious.

Recently, Tommy Haas confided that we will have to wait until spring 2022 to have the first responses on Federer. 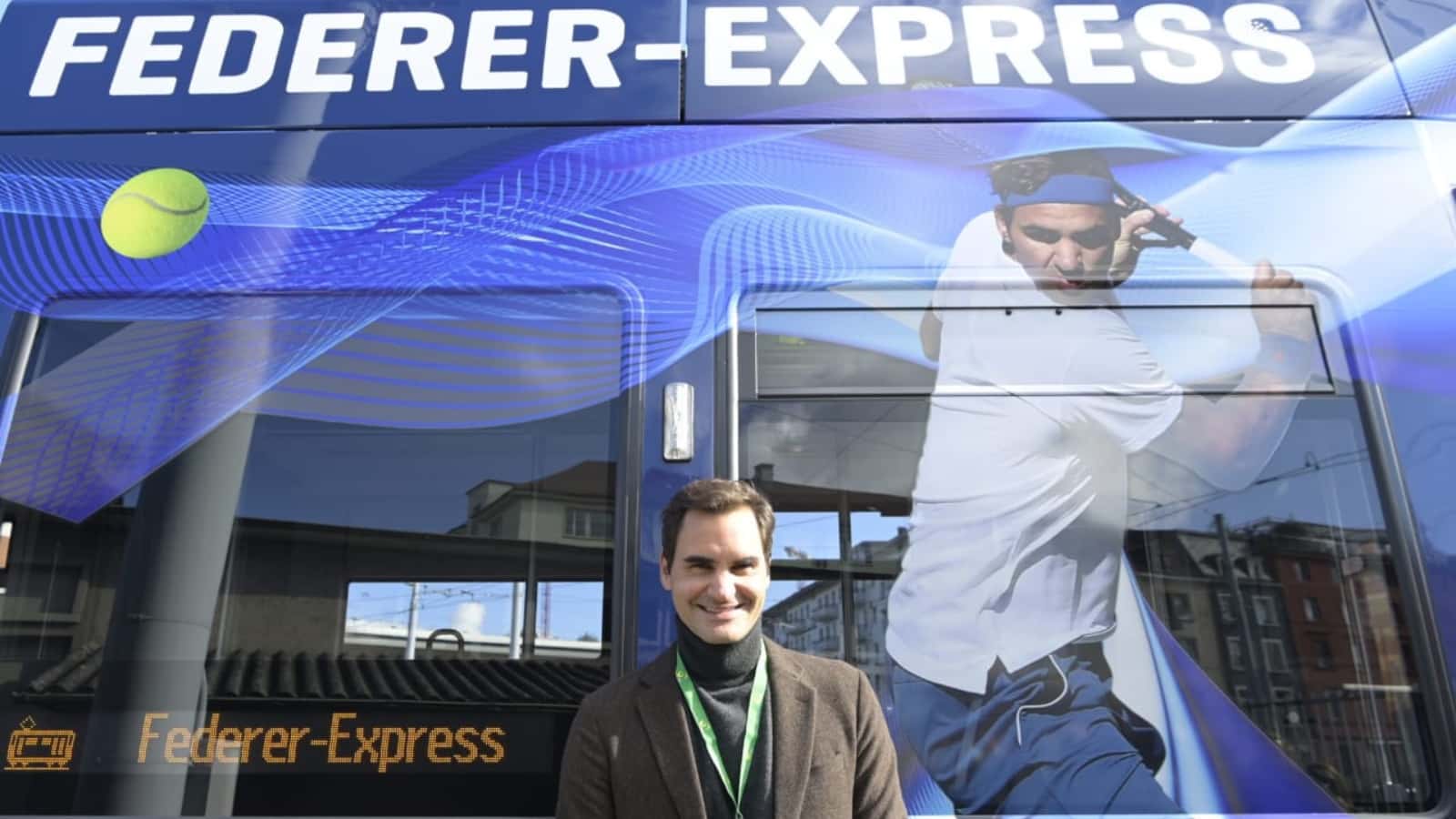 In these hours, the Swiss champion Roger Federer can be very satisfied with a tribute received from his hometown, the much adored Basel: in fact, a tram entirely dedicated and named after the 40-year-old tennis player has been officially set up, with images that retrace his important and long adventure in the ATP Tour.

Many pages of written history, a player capable of being effective and among the best in the world in several generations, who is now dealing with advanced age and a physical condition that is not at its best, which does not allow him much continuity on the court.

The athlete born in 1981, during the inauguration, said and underlined: "The project was very important to me. This is why it is a great honor to be able to see the vehicle on the streets of Basel in the future."

Then he added on his social channels, retracing the emotions of the early years: "Thanks for the incredible tribute. It seems like yesterday that I was a boy who trained every day… We just have to get on board the Federer express!" A magnificent creation on the vehicle, in which some iconic images of the tennis player's career are depicted: from the movement of some shots that have made him famous, for accuracy but above all for the style, to the various triumphs, such as the lifting of the trophy of the Us Open.

Switzerland holds tight to its champion, who in recent days had declared eternal love for his homeland, defining it as one of his favorite places: "It's the country I miss most when I travel around the Tour," he explained.