"I am very well, the rehabilitation is progressing step by step and the worst is now behind us. When you come back from an injury, every day is a better day. mental. I would like to play the Laver Cup 2022 in London, I hope to be able to return and be on the court there."

With these words, spoken on Swiss radio Srfsport, Roger Federer updated fans about his current physical condition and pushed away the hypotheses of food withdrawal from the last defeat he suffered against Hubert Hurkacz in the quarter-finals of Wimbledon.

After a long absence, the Swiss champion returned to the court this year at the ATP 250 tournament in Doha. In Paris, Federer later retired before taking the court against Matteo Berrettini in the round of 16 so as not to jeopardize the season on grass; a season that ended precisely with the defeat against the Polish tennis player.

Due to the usual knee problem, the 20-time Grand Slam winner has decided to undergo a new surgery and close his 2021 prematurely. Nikolay Davydenko, former number three in the ATP ranking, however, seems to have a different idea about Federer's future.

In a recent interview with Eurosport, the Russian explained: "I think it will be difficult for Roger Federer and Rafael Nadal to get back to playing to their full potential with such injuries. Fans will say that I'm just talking nonsense, but if you see things for what they are, then they will gradually give in.

Maybe they will win something, I'm not saying they will lose all games. But I don't think they can be competitive in the best of five sets. Roger has already done it all. He wants to show himself and others that he can fight with the best even at 40.

However, there are no medicines that make you feel like you are 20 years old. The more time passes, the greater the gap with the rest of the players becomes. His physique is now exhausted, his career has been very long and he has played a lot of games.

At his age, technique and class are no longer enough to win tournaments. We must not forget that he will fall a lot behind in the ranking, a further obstacle towards returning to high levels." 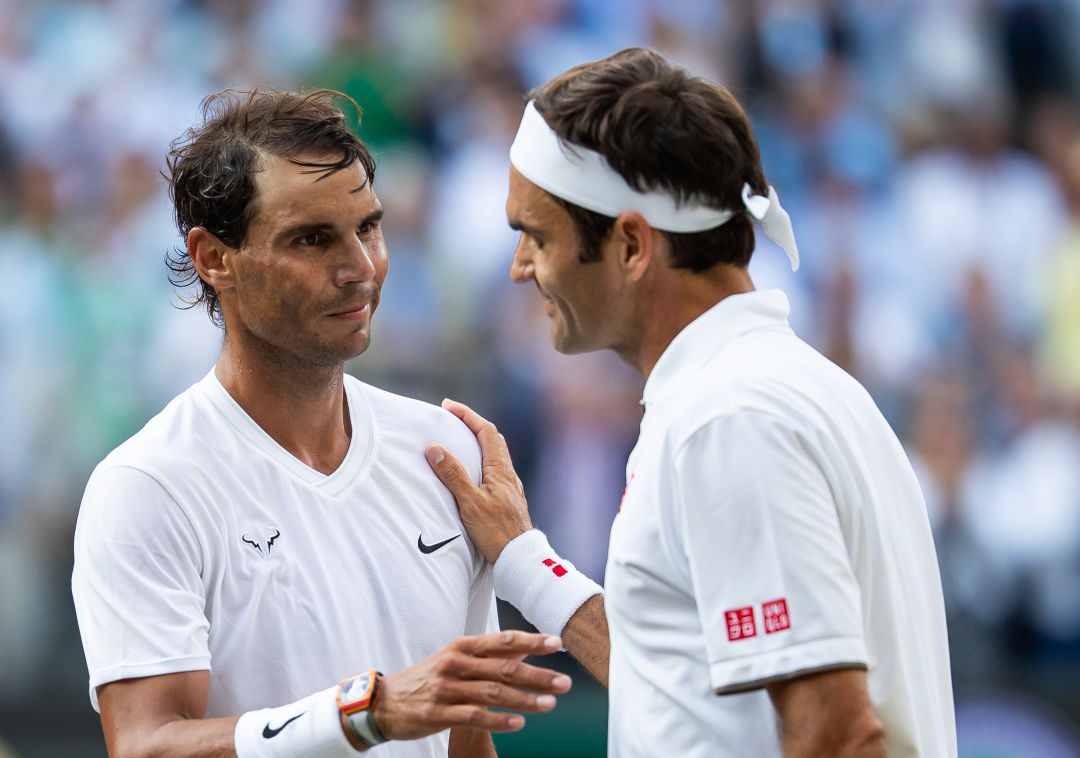 Roger Federer: "I think my days in tennis are at the end"

Roger Federer's 2021 was really quite special.

After thirteen months of absence from the court due to the pandemic and the now known physical problems related to the double knee surgery, the Swiss champion returned to the field playing only a few tournaments. He has participated at the Roland Garros and Wimbledon as Grand Slam tournaments and although his condition has never been totally good Federer has never really looked 100%.

On the ground in Paris he retired before playing the eighth final against Matteo Berrettini while at Wimbledon he surrendered in the quarter-finals against the Polish Hubert Hurkacz. Right on the grass (for him at home) Federer noticed new physical problems that forced him to a new long stop and to skip the season finale.

Speaking on the microphones of GQ, the Swiss champion dealt with many topics, both about his career and about the development that the tennis world is having. Starting from the defeat against Hurkacz, Roger Federer spoke like this: "The ovation I got after the defeat at Wimbledon was special for me because I felt the love and support of the people.

Obviously it is always difficult to get off the pitch after a defeat at Wimbledon, when you are in the final there is the awards ceremony while here I had to get back in a hurry with my things off the pitch. I got out right away because Hubert deserved a big standing ovation.

The last year and a half has been very difficult but I'm happy with how that day went and how the tournament went. I would have liked to have been in better shape but in the end I couldn't do anything but neglect. The important thing is that I managed to play at Wimbledon and despite a physical discomfort I managed to reach the quarter-finals.

Losing is never fun and every defeat is a step backwards for me, my days in tennis are numbered and this is a mix of disappointment and anger and I think that in this final phase of my career I could have done better."