Since the beginning of the pandemic, Australia has decided to adopt a different strategy from most other countries. The Australian institutions have in fact instituted the lockdown several times to stop small outbreaks in the bud and aim for the “tactic” of zero contagion.

In recent weeks, Melbourne has seen a significant increase in cases and the Victorian government has mandated vaccination for around one million workers, including professional athletes. A choice that could have a strong impact also on the next edition of the Australian Open 2022.

The organizers of the first Grand Slam of the year have long begun to monitor the situation to allow the smooth running of the tournament and now they will have to deal with what could become the first tennis event to impose the vaccine on the participants.

The news was reported by many newspapers, which however elaborated prematurely not entirely truthful evaluations. The question marks on the consequences that the vaccination obligation will entail are in fact numerous. What concerns the world of tennis, in particular, concerns the possibility that this solution is also extended to athletes from abroad or from other Australian states.

Questions that only time will be able to answer. Daniel Andrews, Premier of the State of Victoria, explained: "I do not issue visas or passports, but I think it is highly unlikely that the Commonwealth government will allow anyone who is not fully vaccinated to enter Australia, certainly in the medium term.

This could change over time." Considering that more than half of the players on the Tour, at least according to some reliable estimates, have not yet received the vaccine, the other big question obviously concerns their presence in Melbourne.

Impossible not to think of Novak Djokovic, who opposed the obligation to vaccinate. The Serbian champion has reiterated several times that his will be a personal choice and that he will not reveal his final decision to the media.

Assuming that Djokovic has not yet been vaccinated, a probable hypothesis but impossible to certify, the fundamental question is: will the Australian Open see the tennis player who has won the most in Melbourne take the court? 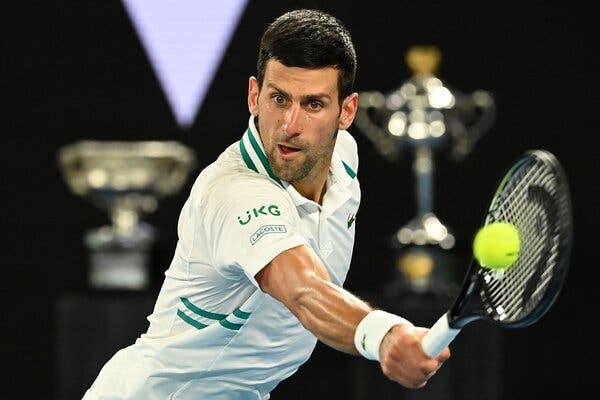 Adrian Marcu is the new coach of Simona Halep

Simona Halep decided to rely on Adrian Marcu, whom she already had as a coach in 2003.

During the short spell, Halep was able to win tournaments in New Haven, Moscow and Sofia. Marcu, who will be joined by Daniel Dobre, has already talked about his new experience in an interview with Hotnews. Marcu said: "At first I thought about it a bit, as I usually do when an offer comes, but clearly it was a difficult offer to turn down.

I want Simona to win as many games as possible so that she can climb the leaderboard. The main goal is to play well in big tournaments. I will not focus too much on what you have done so far, which is now a thing of the past.

The point is that she has to improve, this is a fundamental requirement as the years pass. If all players are progressing and doing better, you have to too. I wish it were more aggressive, we're working on it. Can she still win Grand Slams? Sure, she still has a lot of options, but we don't want to think that far.

She has played very little lately, she has suffered injuries, so she comes from a difficult situation. We will need continuity. " We recall that last September 22nd, through a post published on her Instagram profile, Simona Halep announced the end of the sports collaboration with Darren Cahill.

The two started working together in 2015, but due to some family problems, the Australian left his client at the end of 2018. It is only in 2020 that the working relationship between the two has found a new continuity; a continuity, unfortunately, has already vanished.

Recall that Halep won her first Grand Slam in Paris under the technical guidance of Cahill. Halep and Marcu have already started preparing for the final tournaments of the year.