A courageous decision, from any point of view you want to see and judge. Almost two weeks after the feat at the US Open, Emma Raducanu has decided to part with her coach Andrew Richardson, who basically accompanied her in the incredible adventure from the qualifiers in New York, slowly with the passing of the successes that became triumphant and historic.

The British tennis player, however, already wants to look beyond the fantastic goal of her first Grand Slam title at the age of 18 years-old, trying to make it a starting point and not the apex of her career, still very long and with a future all to be write.

The announcement of the English player born in 2002 is however surprising: it certainly does not happen every time that a player / player decides not to work with the reference coach anymore after having achieved an enormous result.

Yet, the message that the number 22 of the WTA ranking wants to launch to the world and to herself is that she is not satisfied and that she intends to repeat this feat in a period even close to it. “I had never dreamed of all this.

It really is crazy. Right now I think I need a more experienced coach." The success at Flushing Meadows was therefore not enough for Raducanu to continue to trust his coach: "After Wimbledon, I was around 200th place and at the time I thought Andrew would be a great trainer by trial, so we went to the United States , but I never even thought about what happened next.

Now it's all crazy for me. I'm looking for someone who has been at that level and knows what it takes. I really need some guidance," she added. The Toronto native stressed that she still has no one in mind and the decision may not come before the end of the 2021 season.

One hypothesis, in terms of profile and characteristics described by Emma, ​​could be the famous Darren Cahill, who in turn separated from Simona Halep in recent days. 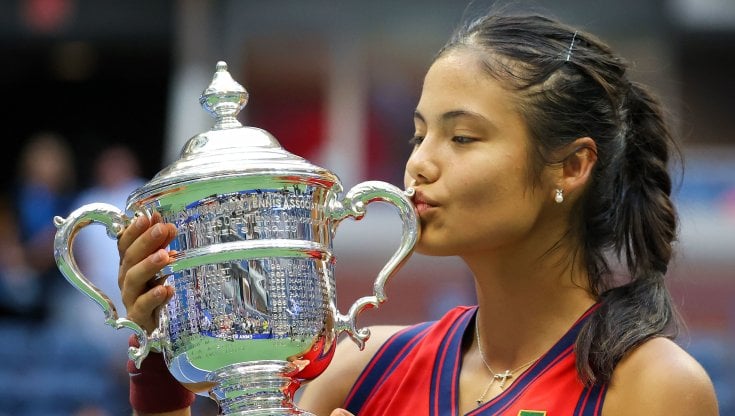 During Thursday's Laver Cup press conference, John McEnroe expressed his love for the event and the atmosphere on the race weekend.

Roger Federer, Rafael Nadal and Novak Djokovic were unable to take part in the tournament this year. The Swiss and the Spaniard are recovering from some physical problems, while the Serbian is resting after failing the assault on the Grand Slam.

Former North American tennis legend said: "I have always loved events of this kind, having played several team sports as a child. I loved the Davis Cup and gave it a really huge meaning. Speaking of which, I think the Laver Cup brings something new to the table for our sport, which is fantastic.

It is nice to be a coach for a weekend and observe how the relationships between the various players are articulated, who in the rest of the year are opponents of each other." Roger Federer's contribution was crucial to the success of the event.

McEnroe added: "Rod Laver was my biggest idol. Roger Federer is obviously a sports artist who needs no introduction. It is thanks to him that this splendid event began. I think there is no longer any doubt that this is a successful experiment."

The fourth edition of the Laver Cup, which is taking place at the TD Garden in Boston, has officially started. The demonstration was canceled last year due to the effects of the pandemic. The event, conceived and commissioned by Roger Federer together with his Team 8 agency, was held for the first time in 2017 and became part of the ATP calendar starting from 2019.

Two teams compete for the trophy, Team Europe and Team World, led by Bjorn Borg and John McEnroe respectively. The Swiss Maestro, who has always idolized the exploits of Rod Laver, intended to pay homage to him with an event that would follow the legendary Ryder Cup.