In a year that highlighted the mental health problems of the tennis player Naomi Osaka, who was even forced to retire at the Roland Garros after a furious dispute with the media, she tries and will try to do more. Also for this reason NETFLIX has officially announced the launch of the documentary series Untold, the docuseries divided into five episodes where the story of Mardy Fish is told and how the former American tennis player has overcome his mental health problems.

The docuseries sees the former tennis player as the protagonist but also involves the stories of other athletes from the world of sport who have had difficulties during their career. Characters like Caitlyn Jenner, Christy Martin.

Mardy Fish is an American tennis player who achieved some success starting in the early 2000s. He has won six titles and reached the number 7 ranking in the world as Best Ranking. The silver medal won at the 2004 Athens Olympics probably represents the high point of his career.

However, Fish's career was put at serious risk due to mental salilitis issues and during this series Fish talks about anxiety and panic attacks and in 2012, when the tennis player was still in top condition, he had the first attacks of cardiac arrhythmia with a situation that seemed very serious indeed.

Fish was terrified and his panic attacks mostly occurred before every big match in the various tournaments. Mardy officially announced his retirement in 2015 after a good but painful career. The problem of mental health has taken hold again in the tennis world in recent months thanks to the Japanese tennis player Naomi Osaka; her problem and her doubts have again brought to the fore the need to talk and try to solve this problem as athletes tend not to open up on internal emotions and see being hit in every match.

NETFLIX will release the first episode of the series on August 10, 2022. 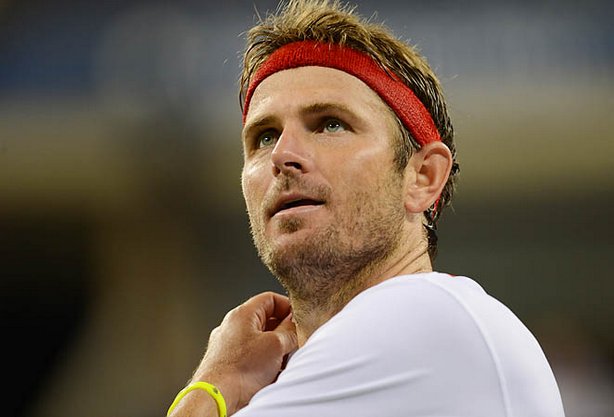 Novak Djokovic is moved by talking about his family

The last steep climb was fatal to enter the legend and complete the Grand Slam for the second time in his career.

Daniil Medvedev tripped Novak Djokovic and took possession (deservedly) of the US Open title, redeeming himself from the failed attempt in 2019 always in the final with Rafa Nadal. Probably, the difference was made by the six hours more Nole was forced to stay on the field than his opponent, thanks to not having immediately closed several affordable matches on paper, and the lack of clarity of the world number one, who he made a lot of mistakes during the race and never managed to neutralize the Russian's game.

The Serbian has disappointed in a certain sense the large audience of Arthur Ashe Stadium, not exactly respectful of the new winner of the last Slam tournament of the 2021 season, especially in the last points played in the third set, which has well supported the champion of Belgrade, trying to help him in the many difficulties encountered.

Immediately after the defeat, he declared on the court: “Of course, part of me is very sad. It's hard to digest, this loss, I mean, considering everything that was at stake. But on the other hand I felt something that I have never experienced in my life here in New York.

The crowd made me feel very special. They pleasantly surprised me." Djokovic thus missed the opportunity to overtake Spaniard Rafa Nadal and Swiss Roger Federer in the special classification of Grand Slam titles won. The three will close the year paired at 20 and in the next year, hoping that they will be regularly on the court and all in the best physical condition, they will fight even more to take the solitary top of the ranking.

"And in tennis we learn very quickly how to move on. Very soon there are other challenges, other things that are coming. I learned to overcome these hard defeats in the Grand Slam finals, the ones that hurt the most. I still love this sport and I still feel good on the court.

As long as there is motivation and that glow, I will keep playing." In a press conference, interviewed by some Serbian media, Nole let himself go talking about his family: "I have different priorities in life. I want to spend more time with my children, I promised. My absence hurts a lot."