After a landslide victory against Matteo Berrettini, Novak Djokovic has taken another small step towards rewriting the history of tennis forever. The Grand Slam, which has been missing since Rod Laver's time on the men's circuit, is only two games away, six sets to win for the current number one in the world and conquer the twenty-first slam trophy of his career, the fourth Us Open.

A trophy that would not only consign him to history for having won all four slams in the course of a calendar year, but that would make him the most successful tennis player in terms of the four most important tournaments in the world, surpassing Roger Federer and Rafael Nadal, still.

in the pits at an altitude of twenty each. After the first set lost to Berrettini, Novak Djokovic has returned to the alien we used to know and who, instead, during this edition of Flushing Meadows seemed to have returned to toil as a simple human being.

Three sets in which Nole did practically nothing wrong, canceling any play by Matteo and perhaps putting aside the pressure that has been accompanying him since he set foot in the States and that returns to every press conference.

At the end of the quarter-final match won against Berrettini, the Serbian conceded himself in the classic post-match press conference, annoyed answering some questions that journalists have asked him on the subject of the last two weeks: the possibility of making history of tennis.

“I've had enough of answering this - said Djokovic - I've said it millions of times, of course, I'm aware of the story and, of course, it motivates me. I've been asked all the time lately and if I start thinking about it too much and talking about it, it weighs me mentally.

I am in a very unique position, I am very grateful for that and I am inspired to play my best tennis. What works for me is to get to the point, think about every game that comes up, that's what really works mentally for me." 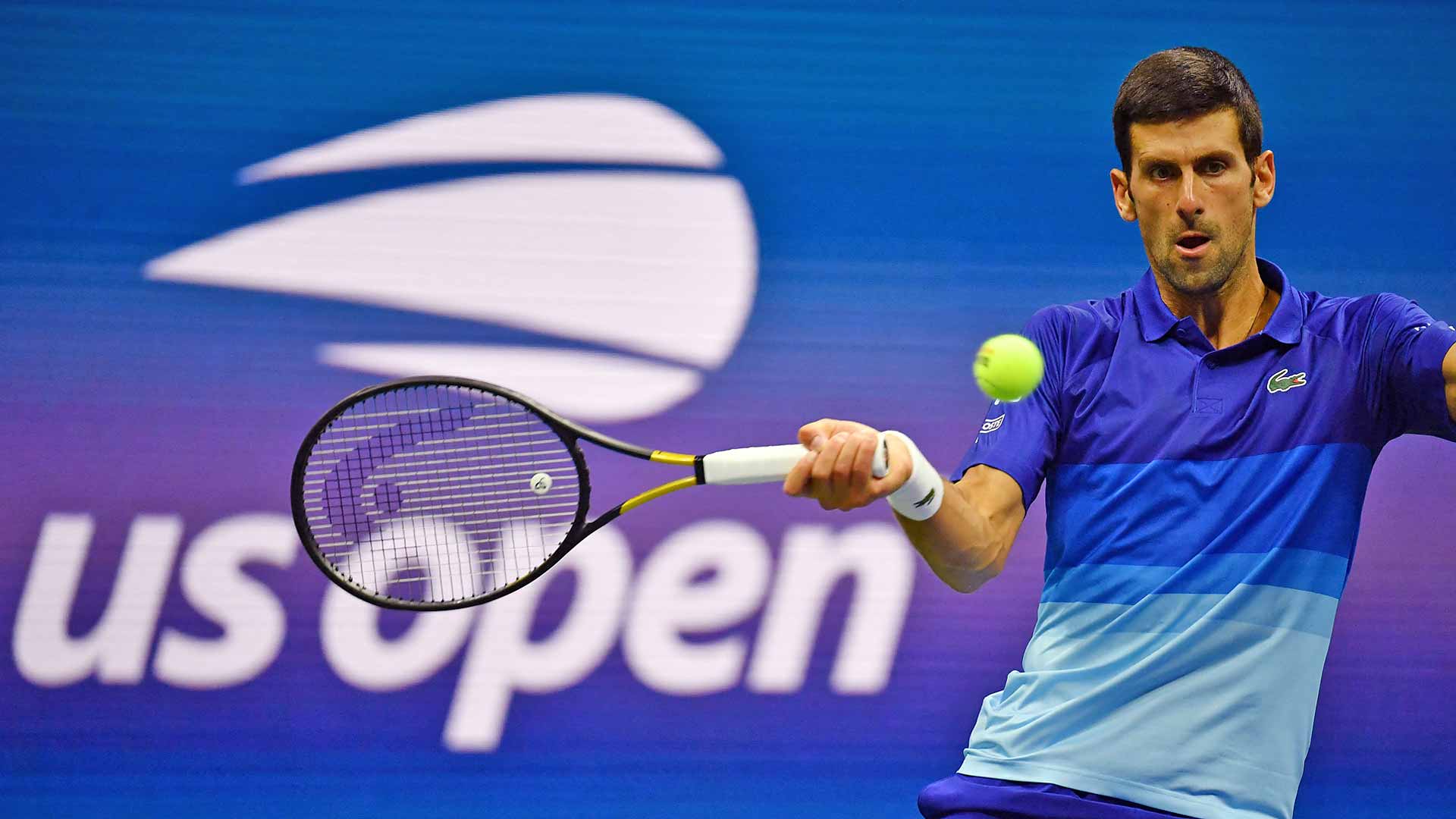 "For Nadal and Federer it will be complicated..."

In a press conference after beating Martina Trevisan in the second round, Belinda Bencic expressed her opinion on the complicated situation of Roger Federer and Rafael Nadal.

She said: "Obviously I hope that Roger Federer and Rafael Nadal will be able to return to the circuit soon. However, I cannot answer this question with certainty, it should be asked of those directly concerned. I personally hope with all my heart to see Roger on the pitch again.

I am quite optimistic about it, also because I know how much he is in love with tennis. All that remains is to wait and hope that things go well." Without Federer and Wawrinka, the spotlight is all on Bencic. The Swiss added: "I don't feel too much pressure, there are four Swiss players in the main draw of these US Open.

I'm not the only one who has the opportunity to do well. For sure, I am very happy and proud to keep the Swiss name high in tournaments where Roger and Stan are missing." Roger Federer and Rafael Nadal had to miss the second consecutive US Open 2021, both due to injury.

The Swiss champion will undergo knee surgery for the third time in the past year and a half, after playing just 13 matches in all of 2021. Many problems also for the Spaniard, who has experienced a troubled season due to back problems and especially to the foot.

The 35-year-old from Manacor tried to return to the field in Washington, but it was immediately evident that the pain had not disappeared. A few days later, the 13-time Roland Garros winner announced his forfeit in New York and ended his year prematurely.

If we add to the absences of Roger and Rafa those of Serena and Venus Williams, it is not difficult to understand that we are witnessing the end of an era.