Thanks to his extraordinary ride from New York and his immense talent, Carlos Alcaraz has become the youngest player to reach the quarter-finals of the US Open in the Open era. The Spaniard had to face many difficulties, but this did not stop him from surprising everyone and beating opponents of the caliber of Cameron Norrie and Stefanos Tsitsipas.

Due to an adductor problem in his left leg, Alcaraz was unable to finish the quarter-final match against Felix Auger-Aliassime. Despite the commitment shown in every match, not just Flushing Meadows, the 18-year-old has received some criticism after retiring in the middle of the second set.

Alcaraz, at the press conference, explained: “It is a shame to finish a great tournament like this, but playing so many games at maximum intensity and at the highest level, with two matches in the fifth, this is what you get in the end.

I'm not used to playing these kinds of games. The main thing is to be physically well, if you see that you cannot do it or that there is a risk that it will get worse, the best thing to do is to stop. There will certainly be other opportunities."

To defend Alcaraz from the attack of a journalist, who accused the Spaniard of having had little courage, thought Reilly Opelka. The American heavily criticized the behavior of a part of the press. "The only thing this tweet shows is that the media in tennis is an absolute joke," said the American, who then adde: "Carlos is the youngest player to reach the quarter-finals of a Grand Slam in over 30 years.

Do you highlight this? After everything he has shown this week, are there still those who question his courage on the court? Surreal." It is not the first time that Opelka has attacked and questioned the attitude of the media in recent weeks.

The American, in general, believes that some journalists tend to dwell on unimportant aspects and not on what the field tells. 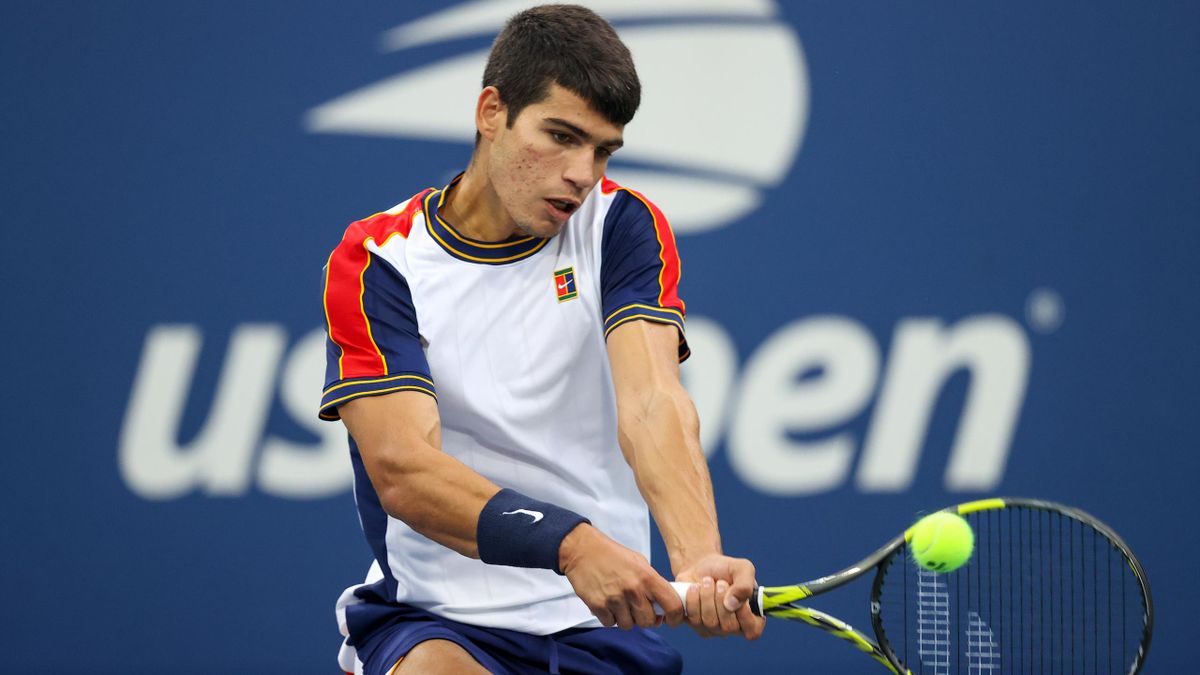 Roger Federer talks about the future of tennis

In a recent interview for the ITF website, the 40-year-old from Basel Roger Federer highlighted the positive aspects that have arisen from monetary and technological progress.

Roger said: "Nowadays, also due to greater economic possibilities, players have bigger teams with them, they take better care of their physique and traveling has become much easier than it was 20 or 30 years ago."

I believe that in the future we will see more and more impressive players hitting very hard from every part of the court. There will be further improvements in the racquet and string technology, which will allow you to give more topspin to the ball while ensuring greater control.

Beyond all the innovations we can imagine, I just think that the new rules must not distort the uniformity of the game. I think an interesting future awaits us." Roger Federer will no longer return to the pitch this year due to a knee relapse.

The Swiss champion had returned to the tour last March in Doha, but there was never the feeling that he was in 100% condition. His 2021 went into the archive with only 13 games played and a far from exhilarating balance of nine wins against four defeats.

His best result came at Wimbledon, where he hit the quarterfinals thanks to a not impossible draw. Stopping his run was Hubert Hurkacz, who dominated the match on Center Court by also giving his illustrious opponent a bagel in the third set.

The 20-time Grand Slam champion will have to undergo his third knee operation in less than a year and a half, hoping to be back in action for at least one last runway. The former world number 1 said he was confident about it, but at his age there can be no guarantees.

TODAY'S MOST POPULAR
NEWS
Borja Valero revealed what is happening behind the football scene!
Nadal is aware that the recovery process will take longer
Benzema and Vinicius Jr. are a winning combination for Real Madrid
Roger Federer comments on Novak Djokovic's amazing 2021
Joao Felix could be suspended for a month
DeAndre Jordan: LeBron James has been a winner in the NBA for a long time
Kenny Golladay: Outburst was directed at Jason Garrett, not Daniel Jones
THIS WEEK MOST POPULAR
NEWS
Mavs' Maxi Kleber: Clippers' reaction to Kawhi Leonard's dunk crossed line
WWE cancels content dedicated to Ric Flair after the scandal
Simona Halep reveals the greatest gift received at her wedding
Mantell: "Ric Flair has been acting like that horrible way for years and years"
Ronald Koeman: "I am not afraid for my future"
Carmelo Anthony: I didn't expect Lakers or LeBron James to call me
Lita, Edge and the bed-ring moment: "I said no, WWE threatened to kick me out!"