The twenty-seven-year-old Garbine Muguruza's path at the US Open has ended, after being defeated with a score of 6-3 7-6 by 2021 Roland Garros champion Barbora Krejcikova. The tennis player from Caracas has never managed to get through the round of 16 in New York, while in the other Grand Slam events she has always reached the final.

The Spaniard did not like her rival's behavior at all, especially at the Medical Time Out called 6-5 in favor of the Spaniard in the second set. "I had a terrible moment in the final phase of the match," Krejcikova later justified, as also published by the Punto de Break website, “I couldn't even breathe and it was very overwhelming because I didn't know what was going on.

I started to feel very dizzy, everything was moving in my mind, so I asked for the Medical Time Out." Garbine's opinion is different: "I don't want to talk about this, I leave it to you to judge for yourself.

I was not happy with what happened at the end of the game and I told him, these things happen and it is easier to say them directly." Krejcikova, for the first time in the quarter-finals in Flushing Meadows, will now face the Belarusian Aryna Sabalenka, second seed on the board.

The Czech tennis player, recent champion at the French Open, currently occupies the 9th position in the WTA ranking. Also present in Cincinnati a few weeks ago, Barbora had been defeated by world number one Ashleigh Barty by a score of 6-2 6-4.

Barty has already left the scene, surprised in the third round by the American Shelby Rogers at the tie-break of the third set. 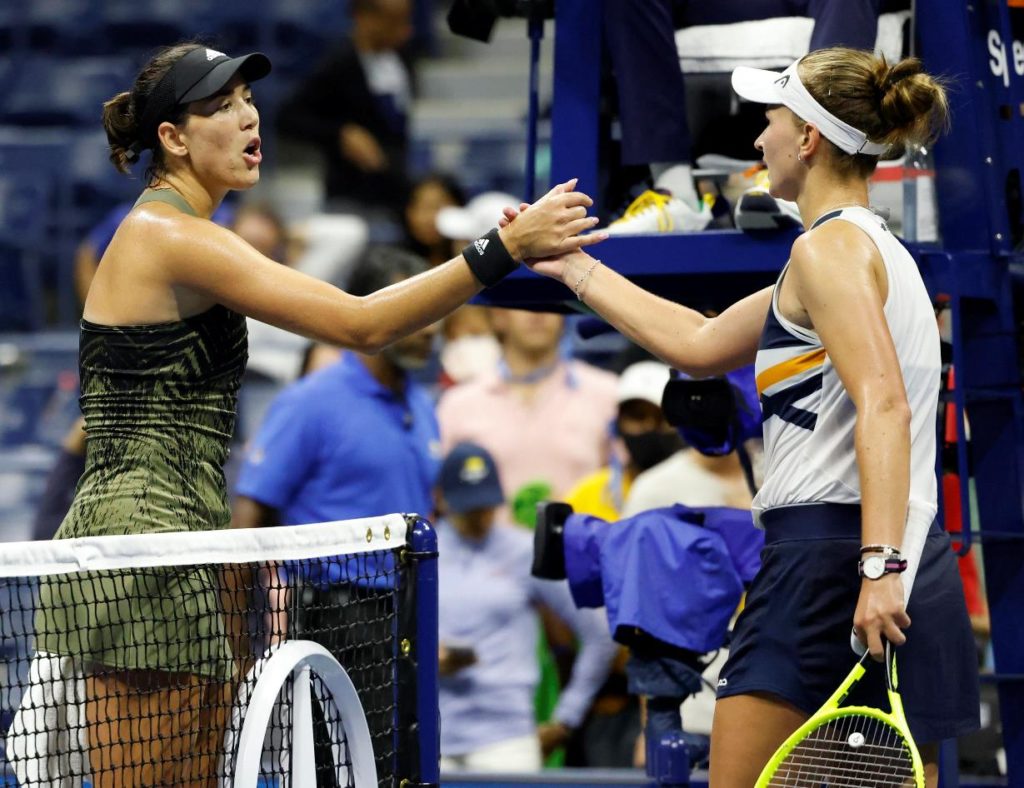 US Open: Djokovic in the quarterfinals!

1 Novak Djokovic defeated the 20-year-old American talent Jenson Brooksby, author of an extraordinary performance, but not enough to jeopardize the qualification of the Serbian, who won with the final score of 1 -6 6-3 6-2 6-2.

In the quarters Nole will meet Matteo Berrettini, in a re-edition of the recent final at Wimbledon. Regarding his next Italian opponent Djokovic said: "Together with Del Potro he is probably the most powerful player I have ever met.

His serve and forehand are lethal weapons and if he is in the day with those two shots it is really difficult to play with him. . I hope to be able to confirm the result of our matches in the last two Grand Slam tournaments."

The first set, really exciting, seemed to never end and ended only after a very long tie-break, and after Bencic had wasted many opportunities to be able to close the challenge earlier, however qualifying for the quarter-finals.