Juan Martin Del Potro continues to work to finally return to an ATP Tour. The Argentinian, absent from the first round of the Queen's 2019 won against the young Canadian Denis Shapovalov, recently posted a video on Instagram that withdraws him while training in Miami, intent on recovering from an endless series of injuries that have prevented him from giving the best of himself throughout his tennis career.

Champion of the US Open 2009, Del Potro will turn 33 on 23 September and it seems that this could really be the last chance for the Argentine giant. The 2018 Indian Wells champion would hardly be able to recover from a relapse, for this reason his fans, but with them all tennis fans, hope that both the knee and the back can hold up for a few more years.

The Argentinian kept his numerous followers company on social media with continuous updates on his convalescence. Fight, sweat and tears have characterized these two years of suffering for him, but, despite the positive signals launched by the last video, it is really difficult to imagine the Tandil tower back on the court before 2022.

In short, if all goes well, we will have to wait a few more months to be able to return to enjoy the tennis of one of the greatest what if of the modern era. From the victory against Denis Shapovalov in the aforementioned first round of Queen's, the Argentine had to go under the knife 3 times.

Correcting his knee pain, which was already affected by a fall in the 2018 Shanghai tournament, took a very long time, but Del Potro's injury list is very long, which is why he will always have a special place in his heart.

of the fans who would have liked to explode all that talent put on display from a young age, without all the hitches that have come out over the years, from 2008 to today. 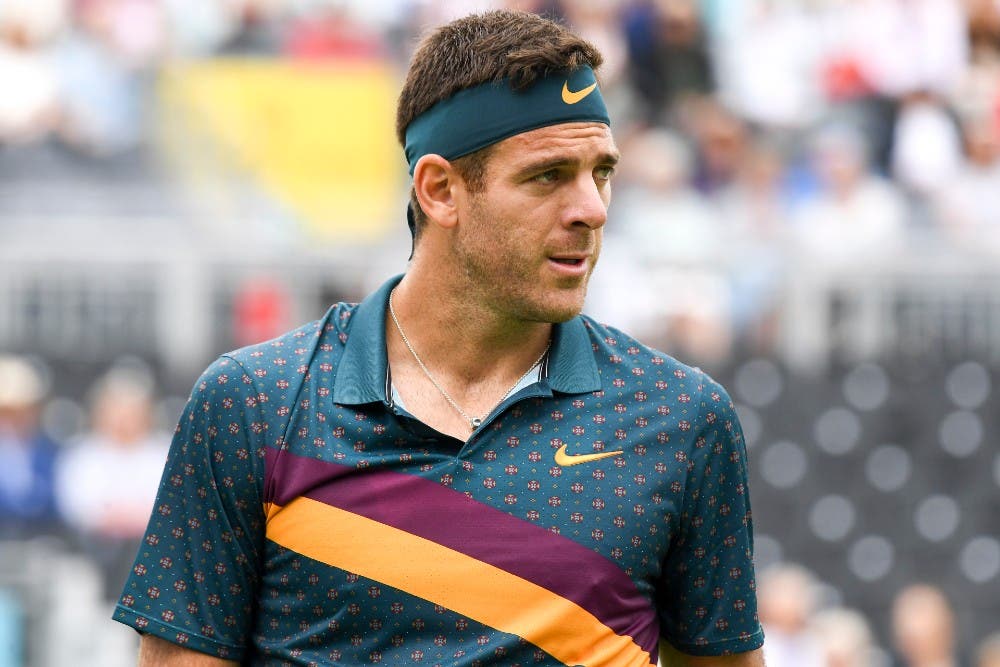 The US Open 2021 women's singles draw has a big favorite: Ashleigh Barty.

The world number one, who has won forty-one of the last forty-seven games played and who has enriched the series of seasonal successes with five title, will face Vera Zvonareva in the first round. In the portion of the Australian tennis player, prominent names do not orbit in a completely theoretical line: her challenge with Veronika Kudermetova in the third round could actually prove to be the first.

In the quarterfinals the potential challenge with Iga Swiatek, however buffered by Fiona Ferro, the surprising Jil Teichmann and Anett Kontaveit. In the same portion of the draw also Martina Trevisan, on a collision course with Coco Vandeweghe, rewarded by the organizers with a wild card, and possibly blocked by Belinda Bencic in the second round.

Completing the top of the drow Karolina Pliskova, obviously number four of the block, who after Caty McNally could continue the very personal match vs USA with Amanda Anisimova. In the second round, hypothetically, one between Paula Badosa and Anastasia Pavlyuchenkova, a finalist a few months ago on the red carpet of Bois de Boulogne.

The Czech's side of the draw is rich with Petra Kvitova, but also Maria Sakkari and Bianca Andreescu. To the Greek the not easy challenge with Marta Kostyuk in the first round. The third segment of the board was also very crowded with Naomi Osaka and Cori Gauff, who could find themselves in the second round, but also and above all Elina Svitolina and Simona Halep, fresh from precautionary retreat in Cincinnati. In the bottom half, Garbine Muguruza, Viktoria Azarenka and Barbora Krejcikova.