None of Serena Williams, Roger Federer and Rafael Nadal will take part in the upcoming US Open. 63 Slam trophies to be shared since 1999, the year in which, right on the hard-courts of Flushing Meadows, the American tennis player began a series of successes that would lead her to dominate the women's Tour for the following years, just as the Swiss debuted in the Slams in Melbourne.

In short, many of those who today find themselves playing against these legends, were not yet born the last time that none of the three took part in a Grand Slam draw. In fact, to find a similar event you have to go back to 1997, without moving much geographically: that year's US Open was the last slam with no one between Roger, Serena and Rafa.

It is not yet known that the end of an era has come. Three forfeits due to injury, of course, can be the signal that the only unbeatable opponent, even for them 3, is time. A slow and inexorable flow that places everyone in front of the truth: the era in which London and Paris had their certain kings, as well as the whole women's Tour is ending.

Or, indeed, it is already over. Going back 24 years and looking at the draws of that edition of the US Open makes us remember lesser known names and some, instead, of those that the history of tennis had written before those 3, with the complicity of Novak too.

Djokovic, decide to shatter any record on their way. That year, as regards the women, a Williams did not miss the appointment: Venus, sister of Serena, lost a final without history against the compatriot of Roger Federer Martina Hingis (6-0 6-4), heralding a dynasty that it would go down in history.

In the men, however, it was the Australian Patrick Rafter who prevailed over the British Rusedski, in 4 sets. The first of two consecutive US Open wins by Rafter. A circle that closes, therefore: from New York to New York. From Hingis and Rafter to a cannibal who wants to take everything away and do something that Williams, Federer and Nadal have never been able to do: the grand slam.

Even if after 24 years we will be forced to see a draw without them, Novak Djokovic will try to make this US Open remember for another reason and definitively write the end of an era that has kept millions of fans attached to the television. 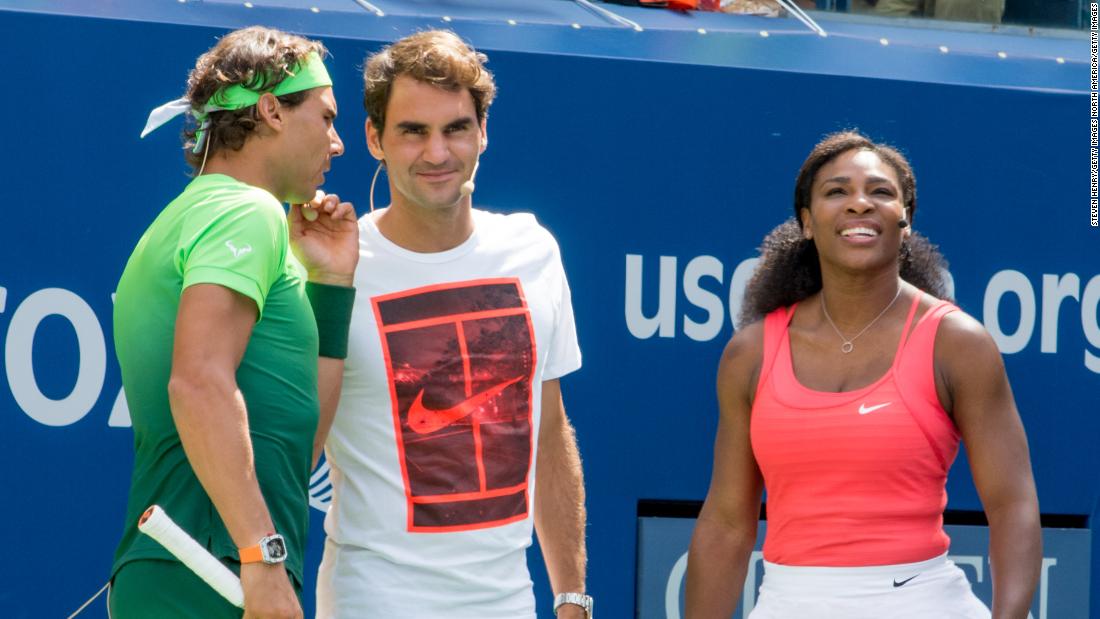 Serena will not play the US Open 2021

But, still in everyone's eyes, it is the final of the 2018 edition, with Williams in her second Grand Slam final of the year, returning after pregnancy, and Naomi Osaka, surprise of the tournament, at her first time.

Also thanks to Serena's nervousness after a furious quarrel with the referee who had assigned her a warning for coaching, point penalty for breaking the racket and game penalty for verbal malpractice towards the chair judge, to get the better, in that occasion, it was the Japanese.