Sunday lit up in the evening when Roger Federer posted a video on Instagram, in which he announced that he had to undergo a new operation on his right knee. The Swiss champion flaunted his usual optimism, not closing the doors on his return to the tour for a final catwalk.

King Roger's 2021 is therefore in the archive with only 13 games played from March to Wimbledon. The path of the former ATP number 1 to the Championships was interrupted in the quarter-finals, clearly defeated by Hubert Hurkacz on Center Court complete with bagels in the third set.

The forfeits at the Tokyo Olympics and the American Masters 1000 were only the starter of a decision as painful as it was inevitable. Federer and his clan have always been super reserved regarding the nature of his knee problem, which has been plaguing him seamlessly for a year and a half.

In a recent interview with The New York Times, Paul Annacone, who coached Federer between 2010 and 2013, provided an interesting point of view on the issue. He said: "All I can say after traveling with him for four years is that Roger Federer has always been one of the best at hiding pain.

It is not his habit of him to complain or to let people know that he is not physically alright, he has never used justifications of that kind in the course of his career. Roger always wanted to give the idea that any injury he suffered was much milder than it really was."

The American coach is optimistic that Roger will get up again this time: "Federer is in good hands, I can assure you 100%. We knew that sooner or later, in one way or another, the physicist would present him with the bill.

Rafael Nadal and Serena Williams also experienced it. My hope is that all three will be able to retire in their own way and not because forced by an injury." 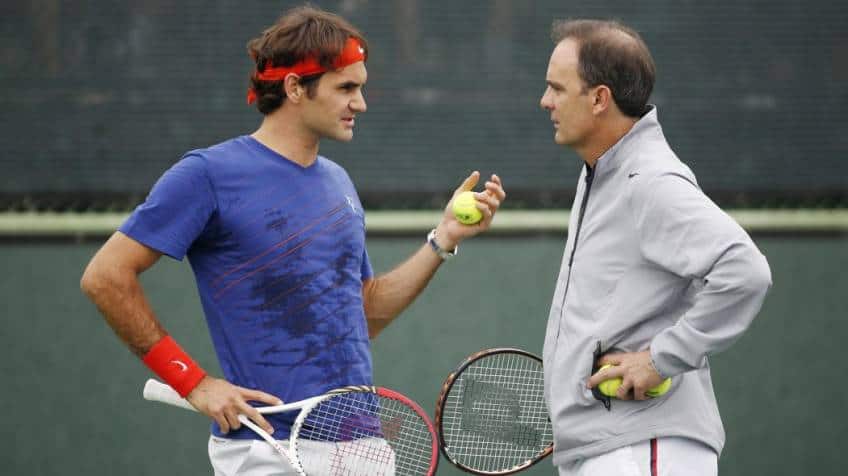