A very important day and already with many surprises in Tokyo 2021. Tennis, women's singles: Naomi Osaka, one of the most anticipated stars of the Olimpic Games, says goodbye to the Olympic tournament after the loss in straight sets for 6-1, 6-4 against Czech Marketa Vondrousova, number 42 in the WTA ranking.

Osaka, who had withdrawn from the last Roland Garros and had taken a long break for personal reasons, was the last torchbearer to light the Olympic torch in the Opening Ceremony. Swimming, men's 200 freestyle: Tom Dean won 200 gold in the 200 freestyle in Tokyo 2021.

After the wins he said: "I haven't been able to train for months, and now it all seems incredible." Women's triathlon: Flora Duffy won the first ever Olympic gold for Bermuda. She the athlete preceded the British Georgia Taylor-Brown and the American Katie Zaferes.

The race took place while the dreaded typhoon was on its way. Swimming, men's 100 backstroke: ROC Evgeny Rylov (51 "98) won the gold medal ahead of countryman Kliment Kolesnikov (+0.02) and American Ryan Murphy (+0.21).

Swimming, women's 100 breaststroke: USA Lydia Jacoby wins the gold medal with a time of 1:04:95. Swimming, women's 200 freestyle: Italian Federica Pellegrini enters her history by becoming the only swimmer to have won the final in the same specialty in 5 consecutive editions of the Olympic Games.

With her in the final also Ariarne Titmus and Katie Ledecky. 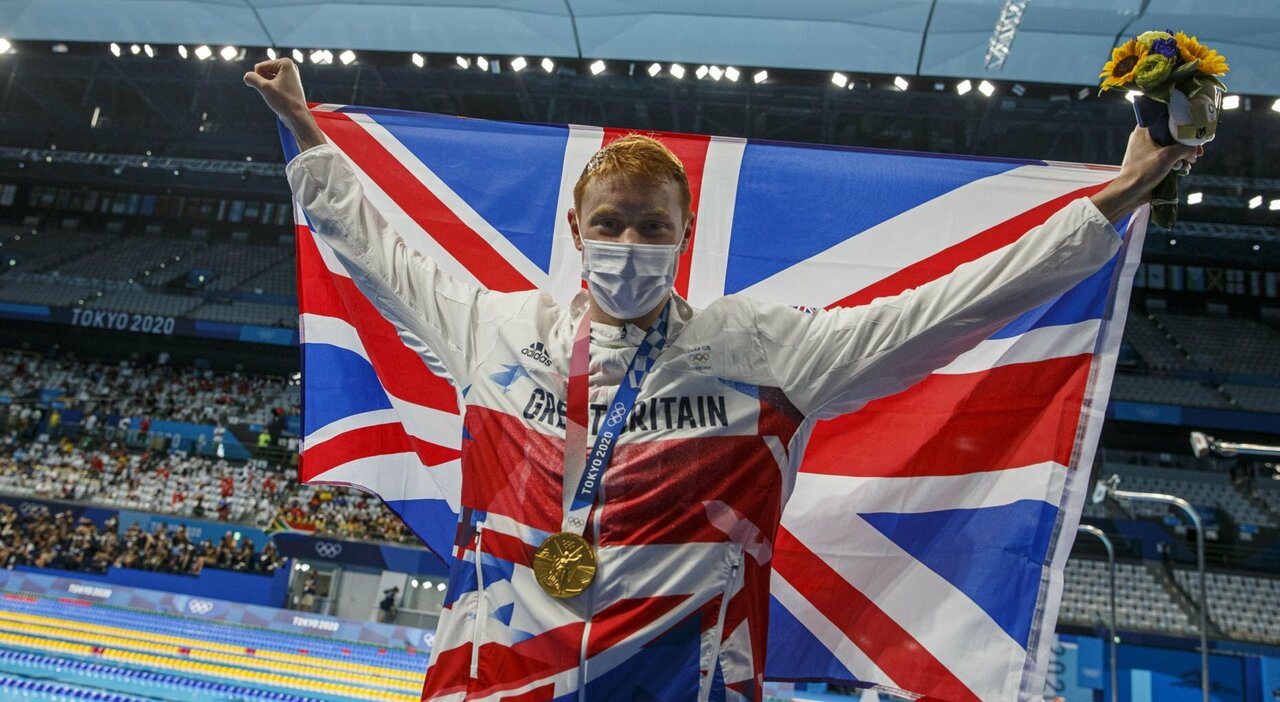 Tennis men's singles: After the clear success against Hugo Dellien in the first round of the men's singles Olympic tournament in Tokyo 2021, Novak Djokovic does not change the project against Jan-Lennard Struff in the final part of the day.

condenses the vast majority of difficulties over the course of the first set. Needless to say, he finds himself canceling a break point in the second serving. Having overcome the rock, if we can speak of a rock, the Serbian champion places the decisive blow in the tenth game and then limits himself to administering.

Even if he needs an extra break to escape the 4-2 and to legitimize the final 6-4 6-3 thanks to 100% of first balls on the pitch. In theory, he shouldn't be an obstacle even Alejandro Davidovich Fokina in the round of 16.

Men's artistic gymnastics: Russia (ROC) the gold medal in the All Around of men's gymnastics. The victory comes with the final score of 262,500 ahead of Japan (262,397) and China (261,894). Great protagonist Nikita Nagornyy.

The American was beaten in the final, winning the silver medal, by the young Australian Ariarne Titmus, an Olympic record with a time of 3'56 '' 69.Bronze to the Chinese Chn. Swimming, men's 100 breaststroke: At the Tokyo Aquatics Center, the British Adam Peaty wins the gold medal in 57 "37.

Silver for the Dutch Arno Kamminga in 58" 00, bronze for the Italian Nicolò Martinenghi with 58 "33. Swimming, men's 4x100 freestyle: team USA wins the gold medal in front of team Italy and team Australia.