At the Indianapolis Pro Swim 2021, the great protagonist of a super performance was Michael Andrew in the men's 100 butterfly. Andrew took more than half a second off his best time to win the 100 butterfly in 50.80. The Minnesota boy's precedent was a few hours early when in the heats he swam 51.31.

With a time of 50.80 Andrew also lowers Caeleb Dressel's Pro Swim Series record of 50.92 and places second in the world rankings this season behind only Kristof Milak. In the last few days Michael has managed to break down many walls, in addition to the 51" butterfly, he managed a few days ago to go below 59" in the 100 breaststroke.

The half second difference compared to what swam in the preliminary stages was removed entirely in the first pool. In battery the steps were 23.82 / 27.49. 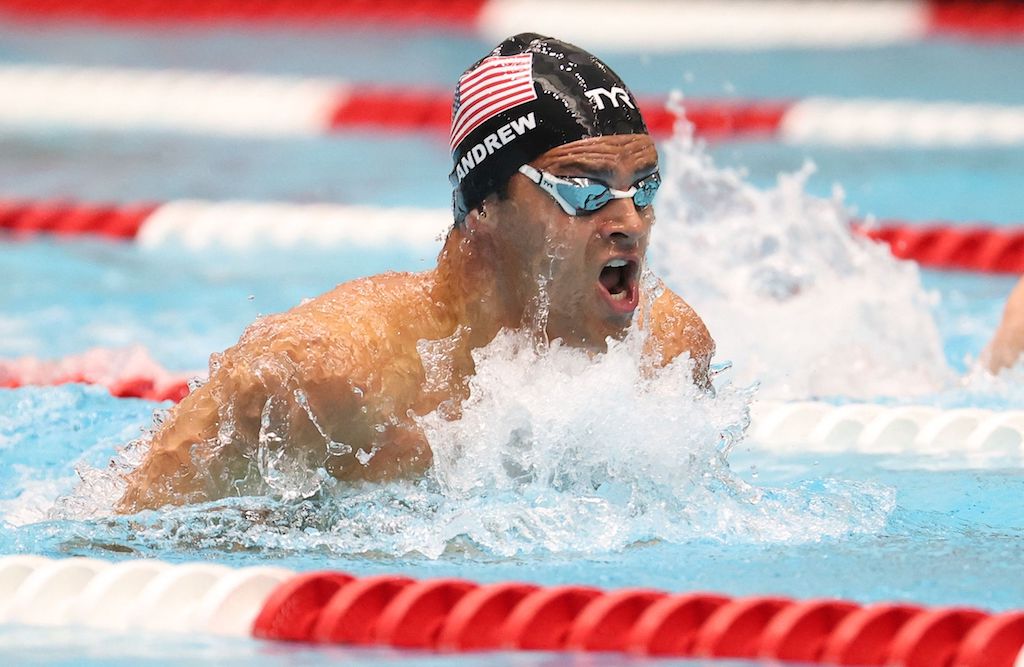 Can Women Outperform Men in Swimming?

Sex Differences in Swimming Disciplines-Can Women Outperform Men in Swimming? This is an interesting study published on the International journal of environmental research and public health in 2020, and which explains what the real situation is between men and women and their swimming performances.

+ Below you can read the abstract of the study: "In recent years, the interest of female dominance in long-distance swimming has grown where several newspaper articles have been published speculating about female performance and dominance-especially in open-water ultra-distance swimming.

The aim of this narrative review is to review the scientific literature regarding the difference between the sexes for all swimming strokes (ie, butterfly, backstroke, breaststroke, freestyle and individual medley), different distances (ie, from sprint to ultra-distances), extreme conditions (ie, cold water), different ages and swimming integrated in multi-sports disciplines, such as triathlon, in various age groups and over calendar years.

The influence of various physiological, psychological, anthropometrical and biomechanical aspects to potentially explain the female dominance was also discussed. The data bases Scopus and PUBMED were searched by April 2020 for the terms 'sex-difference-swimming'

Long-distance open-water swimmers and pool s wimmers of different ages and performance levels were mainly investigated. In open-water long-distance swimming events of the 'Triple Crown of Open Water Swimming' with the 'Catalina Channel Swim', the 'English Channel Swim' and the 'Manhattan Island Marathon Swim', women were about 0.06 km / h faster than men.

Therefore, women tended to decrease the existing sex differences in specific age groups (ie, younger than 10 years and older than 75-80 years) and swimming strokes in pool-swimming or even to overperform men in long-distance open-water swimming ( distance of ~ 30 km), especially under extreme weather conditions (water colder than ~ 20 ° C).

Two main variables may explain why women can swim faster than men in open-water swimming events: (i) the long distance of around 30 km, (ii) and water colder than ~ 20 ° C. Future studies may investigate more detailed (e.g., anthropometry) the very young (<10 years) and very old (> 75-80 years) age groups in swimming."

TODAY'S MOST POPULAR
NEWS
Jesse Lingard on an anecdote with his grandfather during the match against Stoke City
Late Demaryius Thomas posthumously diagnosed with Stage 2 CTE
Cristiano Ronaldo on his childhood: "I cried almost every day"
Did Ronda Rousey give up the title to give it to Liv Morgan?
NBA insider explains why Raptors could make strong run at Kevin Durant
Leo Messi on emotional moments from childhood: "I always cried when I.."
Kyle Busch: Why we missed it? I don’t know
THIS WEEK MOST POPULAR
NEWS
Lita, Edge and the bed-ring moment: "I said no, WWE threatened to kick me out!"
Matteo Berrettini spotted with a model Meredith Mickelson
Simona Halep reveals the greatest gift received at her wedding
Theory is Mr. Money in the Bank 2022
Sean Strickland after losing to Alex Pereira: "I thought this is going to be.."
Mike Tyson surprised fans with details from the time spent in prison
Bray Wyatt or Gable Steveson: who was in the Money in the Bank video?