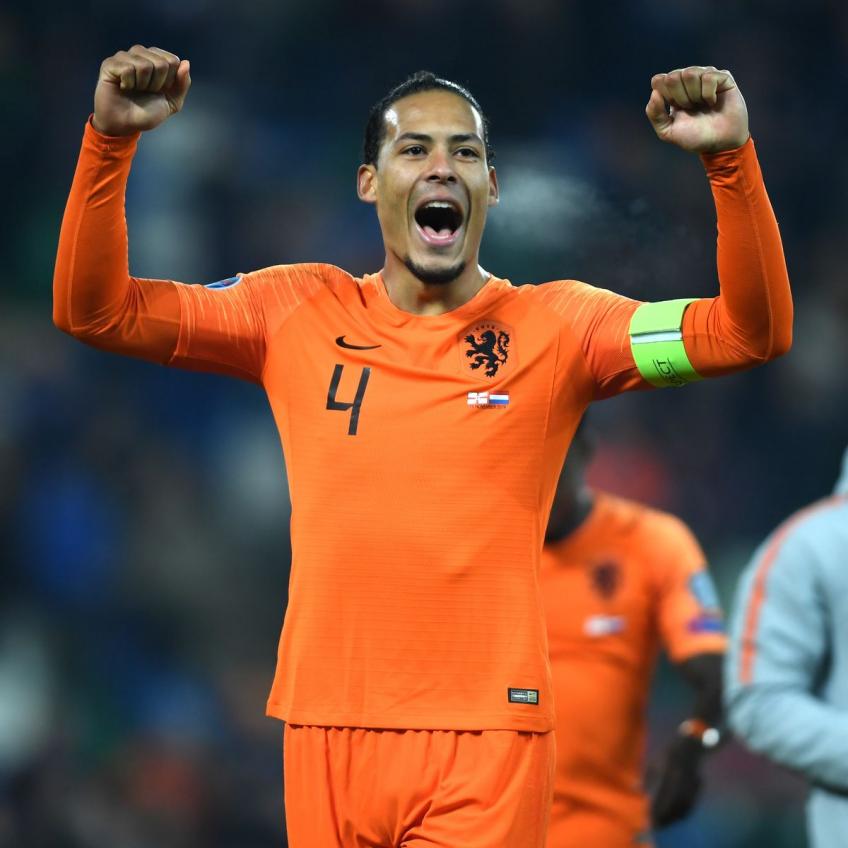 It was the Netherlands with one foot at the World Cup, leading in the penultimate qualifying match 2: 0 in Podgorica, and then allowed to concede two goals in the period from the 82nd to the 86th minute at the Stadium in Montenegro.

That is why in the last round, which could comfortably serve Louis Van Gaal to give a chance to the younger forces, Netherland will tremble in a direct clash with the Norwegians. At the same time, as the Netherlands has 20 points, two more than Turkey and Norway, there is a scenario in which they will not play in the playoffs - if they lose to the Scandinavian team, and the Turks celebrate on the road to Montenegro.

Serious trouble was made from the finished product, and that angered the captain of the Netherlands, Virgil Van Dijk. The Liverpool defender is not directly to blame for the goals, but the defense he commands fell apart in less than four minutes.

"Can't believe. It's inadmissible how we played," the first among equals in the Dutch selection, who continued in the same tone, did not have a nice word, "Of course I'm angry. We should have qualified today.

In the first half, Netherlands, with 72 percent possession, almost did not allow Montenegro to play football, but their game fell apart in the second half.

"It is inadmissible to play the second half like that. We wanted to own the ball, we wanted to play football, to attack, to score goals. But we did not dare to lose focus from the defense." "We left room for counter-attacks and we had no organization.

Terrible. What was the problem? Maybe in laziness. " According to Van Dijk, the fact that Norway failed a bit earlier and won only one point as the host against Latvia has nothing to do with the relaxation and disappointing release.

"I wouldn't say there is a connection. It was supposed to give us extra wind in the back. We told each other before the game with Montenegro, 'if the game has to be ugly, let it be ugly'" "We should have qualified today.

We should not gamble two goals advantage ", said the Dutch captain in disappointment. A point for the Netherlands on Tuesday guarantees first place in the group because even if Turkey celebrates in Podgorica, they will not be able to win so convincingly that they would surpass Netherland's goal difference. However, the defeat by the Norwegians could have caused a real fiasco.

TODAY'S MOST POPULAR
NEWS
Pierre-Emerick Aubameyang left his team due to heart problems!
Rafael Nadal on Novak Djokovic: He is not the only culprit, but he is responsible
Mustafa Ali: "I ask for my release from WWE"
Swap deal almost completed: Anthony Martial- Ousmane Dembele?
Tyson Fury replied to Derek Chisora: "Anthony Joshua can't knock me out"
Australian Open 2022: Murray, Medvedev, Muguruza and Halep won
Samoa Joe: "This is what it was like to fight with Brock Lesnar and Kurt Angle"
THIS WEEK MOST POPULAR
NEWS
Pokimane without makeup caused many reactions!
Alex Apolinario dead at 24 after suffering cardiorespiratory arrest on pitch
How many football players died as a result of a heart attack in 2021?!
Josh Downie: Did Fatal Heart Attack Have Correlations?
Jeremy Chardy and vaccine problems: what we need to know
Lita, Edge and the bed-ring moment: "I said no, WWE threatened to kick me out!"
Christian Eriksen will sign a contract with Brentford?