In the soccer tournament of Tokyo 2020, Brazil beat Germany. At 7 Richarlinson takes the awkward German central players on a throw from behind and after finishing on the goalkeeper, slips into the net on the rebound; in the 22nd minute, on a cross from the left by Arana, he puts her head undisturbed between the central buildings of Kunz.

At 30 ', on the counterattack, he enters the area, if the system on the right and with a delightful shot around Muller is dry. Gardine's team shows the usual, delicious dribbling skills and is lethal in the counterattack: Richarlison eats the quatern for too much selfishness and Cunha does not take advantage of a penalty (hands of the disastrous Uduokhai) thrown at Neymar, with the small steps before the shot, but with less auspicious results.

There was no game, but in the second half Brazil reflected too much and took their breath away: Amiri shortened with a right-hand hit badly by the edge that surprised Santos in the second half, in 84 'the newly entered Ache even reopened it.

Brazil wasted the unbelievable in the restart, but Paulinho closed it in the recovery. Argentina defeated by Australia who had been missing from the Games since 2008. Wales and the 19 year old Tilio, who entered a game for a minute with even 11 yellow cards, scored, while South Africa, entered the news of these days for the first two positives at the Covid of the Olympics, he resisted Japan 71 minutes before surrendering to the goal of Kubo, Real Madrid winger.

Romania also won, 1-0 to Honduras thanks to an own goal. Spain, despite having six European veterans in the team including starlet Dani Olmo. Against Egypt, perched in a 5-4-1 only defensive, De La Fuente's team stops at the Ceballos post in the 28th minute of the first half and the sensational goal ball of central Vallejo in recovery, wasted in a two-way slide meters from the goal, and can complain about Fotouh's failure to send off in the 20 'of the first half, hammering foot on Mingueza, then forced to go out for Vallejo.

Heavy fall of France with Mexico (group A), which as usual is exalted in the Olympic climate. 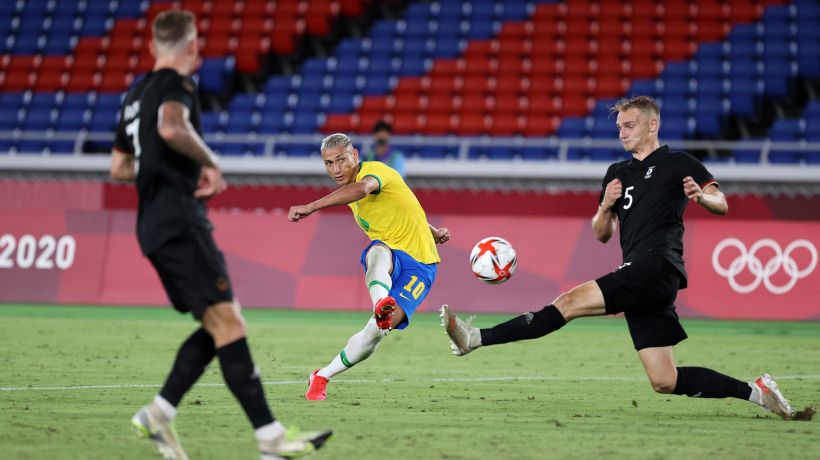 England: racist insults from Brit fans against those who missed penalties

After the defeat on penalties in the EURO 2020 final against Italy, many English fans have launched a social attack against the three England players who missed the penalties.

English FA denounced disgusting behavior among some fans on social media and asked the police for the harshest possible punishments. On twitter Boris Johnson: "These players deserve to be praised as heroes, not to receive racist slurs on social media.

Those responsible should be ashamed." Labor MP David Lammy said: "This is why we kneel. To pray for a better future, worthy of the values, beauty and respect exemplified by every single English player."
Prince William Duke of Cambridge added: "I am nauseated, it is totally unacceptable that some players should have such abominable behavior.

UEFA sattement said: "UEFA strongly condemns the disgusting racist slurs directed at several England players on social media after the Euro2020 final. This has no place in football and society. We support the players and the English Federation's call for sanctions as much as as strong as possible. "