NHL players will return to play the Olympics Games. After months of negotiations, the IOC and IIHF have reached an agreement to participate in Beijing 2022. Connor McDavid, MVP of the last league, said: "The possibility of representing my country, Canada, at the Games and fighting for gold would turn a dream into reality."

NHL will play the All-Star weekend in Las Vegas on February 4-5 and on the 6th they will go to China. Canada, United States, Germany and China in group A, Russia, Czech Republic, Switzerland and Denmark in group B and Finland, Sweden, Slovakia and Latvia in group C.

Leading Canada will be Jon Cooper, head coach of Tampa Bay Lightning , winners of the Stanley Cup 2020 and 2021. United States will be coached by Mike Sullivan of the Pittsburgh Penguins with Stan Bowman of the Chicago Blackhawks in charge of management.

Rene Fasel, president of the IIHF said: "It wasn't easy but now I'm overjoyed. Had we not been able to find an agreement, we would have slipped to Milan-Cortina 2026, twelve years after the last time. It would have meant denying an agreement.

entire generation of players the opportunity to live an Olympic experience." 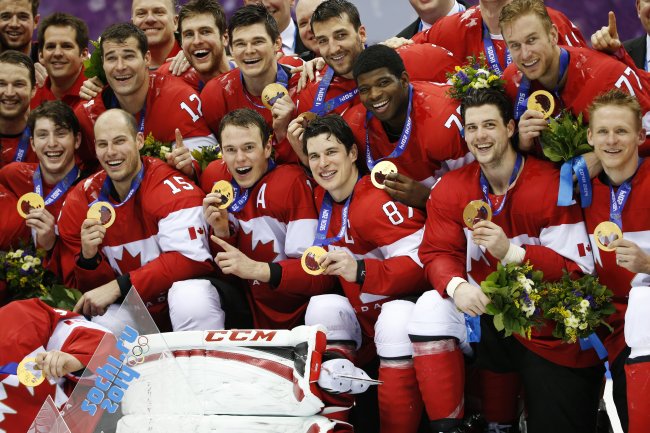 Tampa Bay Lightning won the Stanley Cup 2021 for the second consecutive year by beating the Montreal Canadiens 4-1 in the final series.

The 1-0 success in Game 5 was decisive, signed by a goal by Ross Colton in the second period. For the Canadians only the goal of having avoided the coat with the victory of pride in Game 4, but Tampa Bay took advantage of the home factor by closing the contest in five games.

So Tampa won the third title in history, after that of 2004 and precisely that of 2020, when the Dallas Stars surrendered in the final with a score of 4-2. For the Canadiens, still largely at the top of the roll of honor with 24 titles, this is the tenth defeat in history in the final, which in any case does not spoil an excellent season in which the team, after having closed the regular season in fourth place.

The same goes for Tampa Bay, only third in the Central Division behind the Hurricanes and the Panthers, both of which were eliminated by Cooper's players in the early rounds of the playoffs, before winning the Islanders in the semifinals.

What happened in the other games Game-4 Montreal Canadiens defeated Tampa Bay Lightning in Game-4 of the 2021 Stanley Cup final. The match ends 3-2 for Montreal, who manage to clinch their first win in the series only in overtime.

The winning goal is from Anderson. Game-3 Tampa Bay Lightning beat Montreal Canadiens 6-3 in Game-3, and now they lead the series 3-0. Back to play for the title after 28 years, the Canadiens are therefore not managing to worry Jon Cooper's team, closer to confirming themselves as champions.

Montreal went down by two goals after less than four minutes, made by Jan Rutta and Victor Hedman. Philip Danault tried to reopen the games already in the first period. Despite the good match played by Canadiens, Lightning superiority was never questioned and the 2-1 partial, with the same succession of goals, was also repeated in the second and in the third period, for the goals of Kucherov, Johnson and Suzuki first, Coleman, Johnson again and Perry later.

If they should win two titles in a row, they will be the second successfully which won the Stanley Cup two times in a row in the last 20 years old, after Pittsburgh Penguins in 2016 and 2017. In case of victory in the next challenge in Game-4, Tampa Bay Lightning would score a coat that has not been seen in a series of finals since 1998, when the Detroit Red Wings overwhelmed the Washington Capitals.

Game-2 Tampa Bay Lightnining is even closer to its second final victory of the Stanley Cup. In the final of the NHL of 2021, Tampa Bay defeated Montreal Canadies 3-1 in Game 2: now the Florida team leads the series with the score of 2-0.

The victory of the match came from a spectacular goal from Coleman, who, at 1-1 which, in fact, sent Tampa Bay to victory. In a press conference after the match for ESPN, the Tampa Bay Lightining star said: "I knew I was marked.

Nobody wants to jump on the ice but it was the only thing to do." Game-1 Tampa Bay Lightning wins Game-1 by beating Montreal Canadiens in the 2021 Stanley Cup final, which will designate this season's NHL champions.

At the Amalie Arena, the reigning champions clearly defeated the Canadians 5-1 in a match always controlled by coach Jon Cooper's team. For the Florida team, goals in the first period with Erik Cernak and in the second with Yanni Gourde.

Ben Chiarot tries to bring the Canadiens back into the match, but in the third period begins the amazing performance of Nikita Kucherov, who, with a brace decides the challenge, while the fifth goal is achieved by Steven Stamkos.

In game 2 Tampa Bay will play at home to turn the series in its favor and thus bring the second consecutive title closer, a feat that has only been successful in the last 20 years in Pittsburgh in 2016 and 2017.