Toronto reached the playoffs after 4 seasons! The Blue Jays, forced to play at Buffalo for the pandemic, hit the postseason and also chase the New York Yankees. 6 places still to be assigned. In fact, the team that cannot play in his hometown, Toronto, stamps the seal for the playoffs: forced to emigrate to Buffalo for home departures due to the pandemic (MLB teams are not allowed to enter Canadian territory), the Blue Jays hit a goal they had been missing since 2016.

With this result they also put the New York Yankees under pressure: for a continuation of the season of great adrenaline, fun and emotions. 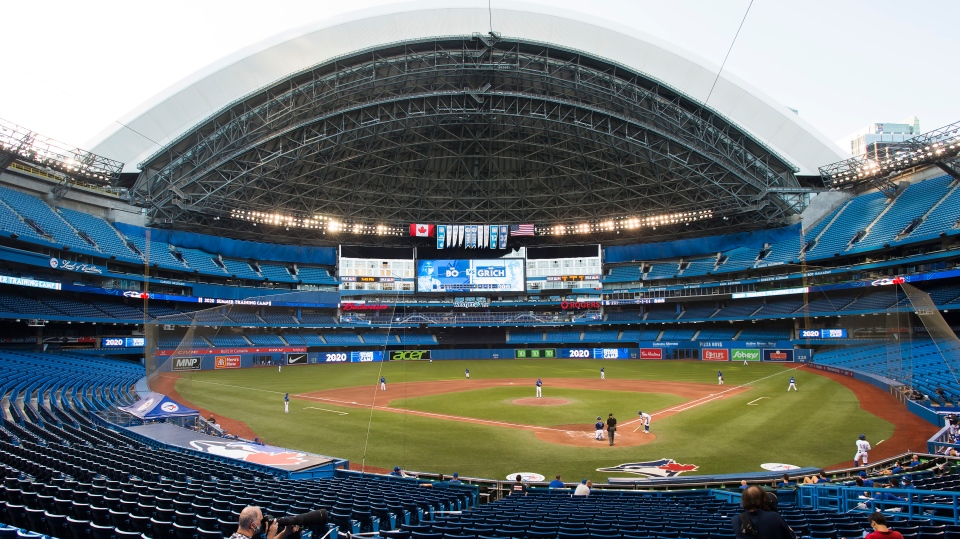 Meanwhile, as we told you some days ago, MLB could have its bubbles and the crowd, as you can read in our previous article.

The 2020 MLB playoffs will be played in four selected venues: San Diego, Los Angeles, Houston and Arlington. The 2020 World Series is possible with the crowd present at a reduced capacity. The regular season MLB proceeds quickly towards a post season never seen before.

There will be a new 16-team format and the playoffs will be played from the second round in pre-established locations to avoid travel and contagion. All closed between the hotel and the playing field for 5 weeks with strict rules to authorize the entry of some family members.

Baseball has overturned its traditions to react to the impact that Covid-19 has had on all America's diamonds. It is a season reduced to 60 games, with teams attacked by collective infections that have forced above all Miami and S.

Louis to long breaks and a calendar with double comparisons to recovered. 16 teams will qualify for the playoffs, 8 in the American League and 8 in the National League, with seeding very similar to that of other leagues such as the NBA or NHL.

The first round will be played from 29 September, the Wild Card Series, and it will be terrible: it will be played at the best of three games, whoever loses two is already out. Ruthless, not to miss a tradition of the MLB playoffs that after a very long season usually concentrate all the emotions of the final month in a few games.

The situation in the National is even more complicated. Not for the Dodgers who are already mathematically qualified and will have no problems with them San Diego, Atlanta and Chicago Cubs. Then it will be a battle until the last day to stay between eight or miss the opportunity to make the extended playoffs this season.

From the second round, baseball will close in its bubble, a choice that was not possible in the regular season, difficult to find structures capable of hosting 30 teams and with many fields available. But the Division Series will only play in Los Angeles, San Diego, Arlington and Houston, and in the Championship Series there will remain two fields (San Diego and Arlington, the new Texas Rangers ballpark).

The final will have a single venue, Arlington (Texas) in late October. No team will be at home as Rangers will not qualify for these playoffs. The last time all final games were played on one court was in 1944 when St. Louis was the home ground of both finalists, Cardinals and Browns.

Then, in all the history of the World Series, only in 1921 and 1922 did the same situation happen, as the Polo Grounds in New York was the home of the Yankees and Giants. the big news could be the presence of fans in the stands.

The MLB will try, hoping to bring in 25% of the maximum available capacity. It would be the right side for baseball at a time when the news is not just in the format or in the rules.