Detroit manager Ron Gardenhire announces his immediate retirement one hour before the Tigers' match against Cleveland (beaten 5-2) for health reasons.

Detroit manager Ron Gardenhire announces his retirement due to stress

The announcement, incredible and unexpected, came for purely personal reasons, related to the work stress to which the manager was subjected, thus leading to a premature abandonment of the team, now in search of a new manager.

When health prevails at work! 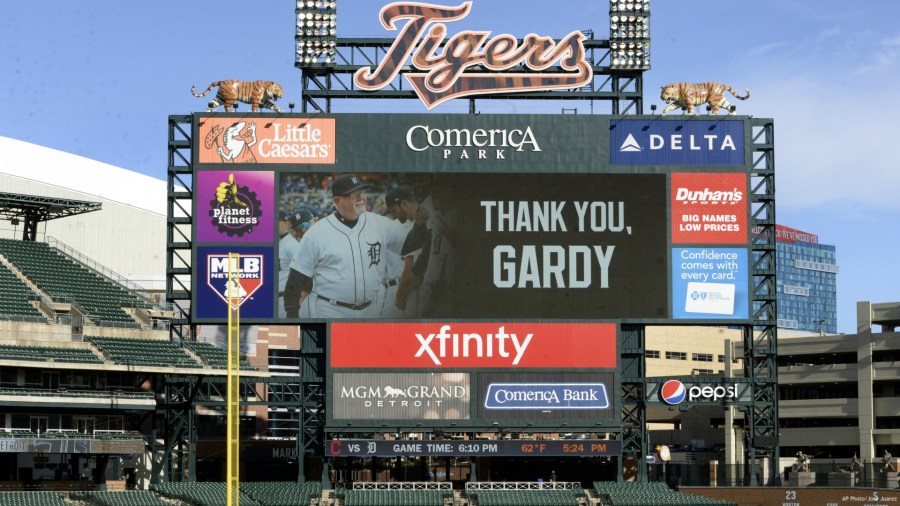 Meanwhile, MLB could have its bubbles and the crowd, as you can read in our previous article. The 2020 MLB playoffs will be played in four selected venues: San Diego, Los Angeles, Houston and Arlington.

The 2020 World Series is possible with the crowd present at a reduced capacity. The regular season MLB proceeds quickly towards a post season never seen before. There will be a new 16-team format and the playoffs will be played from the second round in pre-established locations to avoid travel and contagion.

All closed between the hotel and the playing field for 5 weeks with strict rules to authorize the entry of some family members. Baseball has overturned its traditions to react to the impact that Covid-19 has had on all America's diamonds.

It is a season reduced to 60 games, with teams attacked by collective infections that have forced above all Miami and S. Louis to long breaks and a calendar with double comparisons to recovered. 16 teams will qualify for the playoffs, 8 in the American League and 8 in the National League, with seeding very similar to that of other leagues such as the NBA or NHL.

The first round will be played from 29 September, the Wild Card Series, and it will be terrible: it will be played at the best of three games, whoever loses two is already out. Ruthless, not to miss a tradition of the MLB playoffs that after a very long season usually concentrate all the emotions of the final month in a few games.

The situation in the National is even more complicated. Not for the Dodgers who are already mathematically qualified and will have no problems with them San Diego, Atlanta and Chicago Cubs. Then it will be a battle until the last day to stay between eight or miss the opportunity to make the extended playoffs this season.

From the second round, baseball will close in its bubble, a choice that was not possible in the regular season, difficult to find structures capable of hosting 30 teams and with many fields available. But the Division Series will only play in Los Angeles, San Diego, Arlington and Houston, and in the Championship Series there will remain two fields (San Diego and Arlington, the new Texas Rangers ballpark).

The final will have a single venue, Arlington (Texas) in late October. No team will be at home as Rangers will not qualify for these playoffs. The last time all final games were played on one court was in 1944 when St. Louis was the home ground of both finalists, Cardinals and Browns.

Then, in all the history of the World Series, only in 1921 and 1922 did the same situation happen, as the Polo Grounds in New York was the home of the Yankees and Giants. the big news could be the presence of fans in the stands.

The MLB will try, hoping to bring in 25% of the maximum available capacity. It would be the right side for baseball at a time when the news is not just in the format or in the rules.

TODAY'S MOST POPULAR
NEWS
Andy Ruiz Jr. will have a fight in April
Zidane believes Real Madrid could have done more in the game against Sociedad
Kobe Bryant's wife is suing the LA police
Manchester City vs Wolves: If City wins, they will be one step closer to the title
Mikaela Shiffrin praises Iga Swiatek
J.J. Watt explains decision to sign with Cardinals
Charles Leclerc would like to join Le Mans races
THIS WEEK MOST POPULAR
NEWS
Michael Phelps: the most titanic of the titans
Novak Djokovic rewrites tennis history by equaling Federer's record
Lindsey Vonn praised Roger Federer: "He is the GOAT"
Charlotte Flair: Dress issue forces WWE to turn off screens!
Bobby Lashley: "If Brock Lesnar wants to return to WWE ..."
Jurgen Klopp: "Now I am convinced that God is cheering for Manchester City"
Riddle again against The Undertaker