Ryder Cup 2021: who are the Europeans sure of a place? There are already five players from the Old Continent certain of a place: the Spaniard Jon Rahm (world number 1), the English Paul Casey and Tommy Fleedwood, the Northern Irishman Rory McIlroy and Viktor Hovland who is preparing to become the first Norwegian in history.

to play the Ryder Cup. Four other players will automatically qualify with them after the BMW PGA Championship (9-12 September), by virtue of the rankings relating to the European Points List and the World Points List, while captain Padraig Harrington will have three choices.

Which will come only after Wentworth. While the US team will be completed tomorrow with the six wild cards available to Steve Stricker, the European one for the Ryder Cup in Wisconsin (24-26 September) will be known in the following days the BMW PGA Championship. 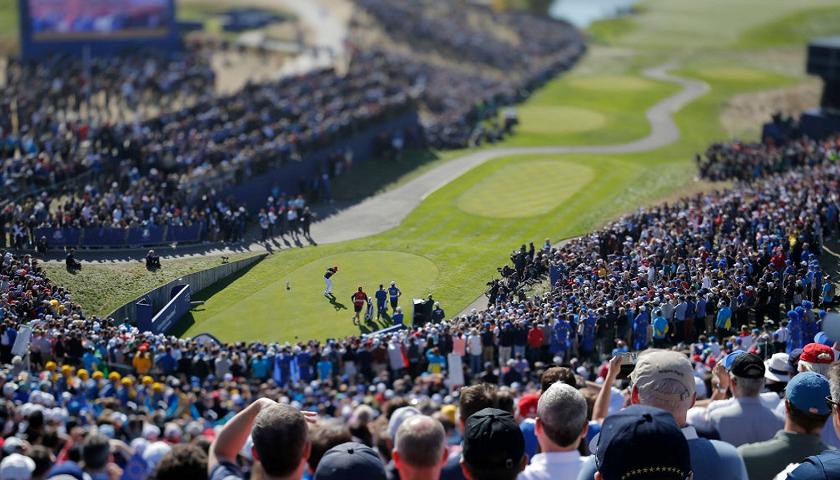 The nominations PGA Tour Player of the Year

The Player of the Year and Rookie of the Year awards are determined by a member vote, with PGA TOUR members who played in at least 15 official FedExCup events during the 2020-21 season eligible to vote. The voting will close on Friday, Sept.

10, at 5 p.m. ET. The winners will be announced at a later date. PGA TOUR PLAYER OF THE YEAR Patrick Cantlay
Long Beach, California
Entered 24 events with victories (4) at the ZOZO CHAMPIONSHIP @ SHERWOOD, the Memorial Tournament presented by Workday, the BMW Championship and the TOUR Championship
2021 FedExCup Champion
Finished fifth in Scoring Average (69.736)
Recorded a total of seven top-10s and made 19 cuts Bryson DeChambeau
Clovis, California
Entered 22 events with victories (2) at the 2020 U.S.

Open and the Arnold Palmer Invitational presented by Mastercard
Finished No. 7 in the FedExCup
Finished fourth in Scoring Average (69.728)
Recorded a total of nine top-10s and made 20 cuts Harris English
Sea Island, Georgia
Entered 26 events with victories (2) at the Sentry Tournament of Champions and the Travelers Championship
Finished No.

18 in the FedExCup
Finished 22nd in Scoring Average (70.115)
Recorded a total of eight top-10s and made 22 cuts Collin Morikawa
La Cañada, California
Entered 23 events with victories (2) at the World Golf Championships-Workday Championship at The Concession and The Open Championship
Finished No.

26 in the FedExCup
Finished 20th in Scoring Average (70.109)
Recorded a total of eight top-10s and made 19 cuts Jon Rahm
Scottsdale, Arizona
Entered 22 events with a victory at the 2021 U.S. Open
Finished No. 2 in the FedExCup
Led the PGA TOUR in Scoring Average (69.300)
Led the PGA TOUR in top-10s with 15 and made 21 cuts ROOKIE OF THE YEAR NOMINEES Garrick Higgo, 22
Stellenbosch, South Africa
• Entered eight events with a victory at the Palmetto Championship at Congaree
• Finished 107th in the FedExCup
• Recorded one top-10 and made five cuts
• Earned PGA TOUR membership via the victory after competing on a Commissioner’s Exemption Will Zalatoris, 25
Dallas, Texas
Entered 25 events with eight top-10s highlighted by a runner-up at the 2021 Masters Tournament
Earned Special Temporary Membership after five starts; Led the non-member FedExCup standings with 1,296 points
Recorded a total of 14 top-25s and made 21 cuts
Enters the 2021-22 season as a full-time member of the PGA TOUR for the first time

Paige Spiranac opens up about leaked photo
Tiger Woods: I don’t know if I can be on the same level anymore
Scottie Scheffler’s second 59
Here what Tiger Woods thinks about Barack Obama's golf!
TODAY'S MOST POPULAR
NEWS
Jurgen Klopp before the Champions League final: We can't buy their experience
Luka Doncic reflects on Mavericks' season, identifies what he needs to improve
Jameis Winston provides latest in his recovery process
Football-related injuries and career end of football players
Injuries in amateur and professional men's Ice Hockey
THIS WEEK MOST POPULAR
NEWS
Stephen Curry: We can play with house money and try to get it done
Lita, Edge and the bed-ring moment: "I said no, WWE threatened to kick me out!"
Snoop Dogg also supports Sasha Banks
The love story of Edin Dzeko and his wife Amra Dzeko
DDP on WWE star: "He was super respectful to me, but at the same time.."
Henrik Lundqvist has officially ended his career!
Matteo Berrettini spotted with a model Meredith Mickelson