Team Europe won Solheim Cup, the women's equivalent of the Ryder Cup. European players won the title by beating USA 15-13! The European girls, which had won the 2019 edition of the two-year competition in Scotland, were already two points ahead (9-7) at the end of the foursome and fourball played on Sunday at the Inverness Club in Toledo, Ohio.

Of 12 singles matches had to be played to conclude the competition and the Europeans needed at least five to win. The new recruits, Finnish Matilda Castren and Irish Leona Maguire, both contributed greatly to this victory by each winning their own match, before Denmark's Emily Pederson crowned Europe for good by beating American Danielle Kang. 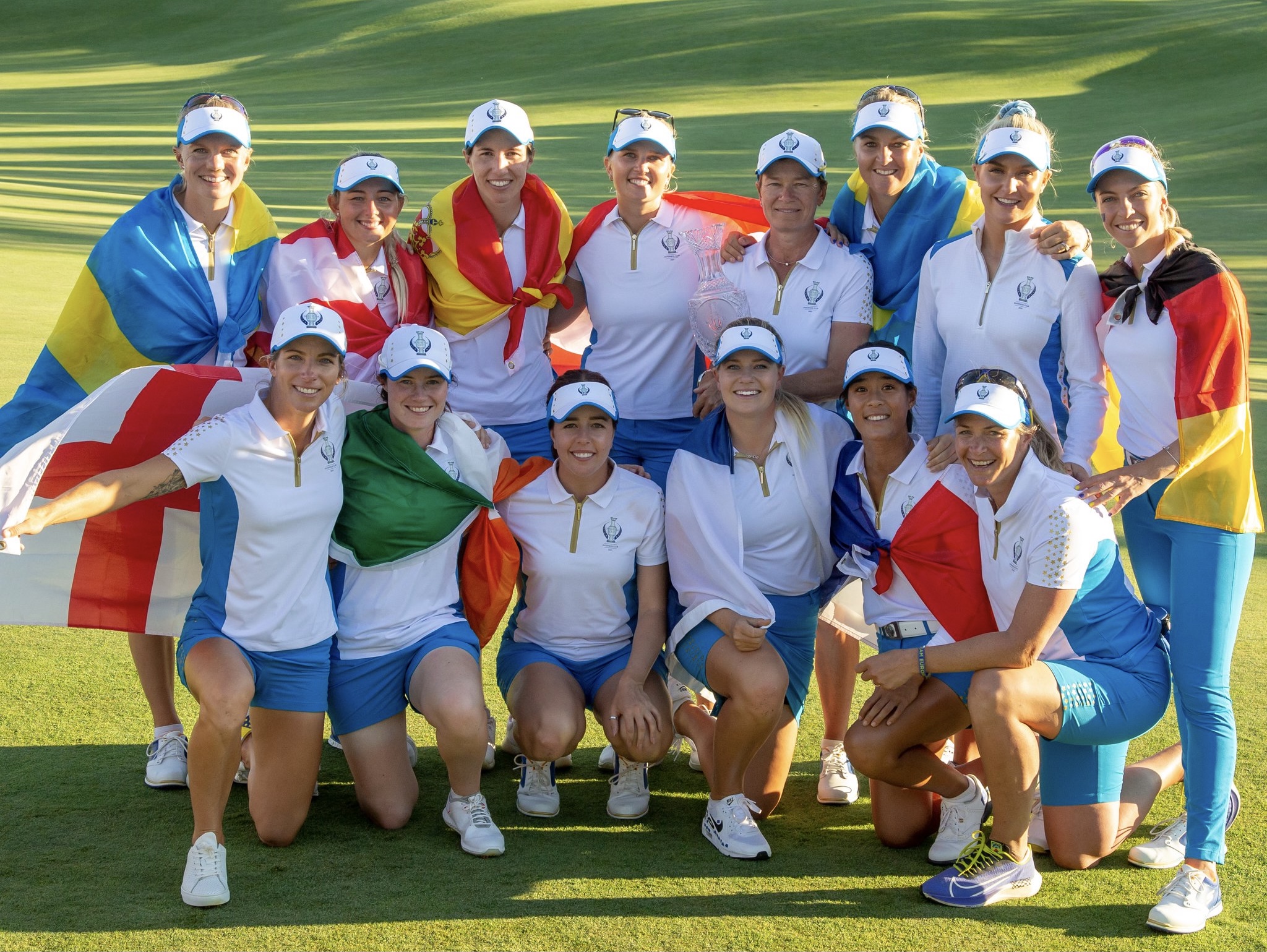 Jon Rahm never had a chance to win a gold medal because he never made it to Tokyo. But he wouldn't mind the same result, which in this case would be a FedExCup title worth $15 million.

" sure don't want to have to rely on being pulled out of tournaments to be able to win one, let's just say that. Believe it or not, hit my fair share of bad shots today. Much like yesterday, I was able to save a couple of good ones.

Coming into the weekend, I'm definitely going to have to clean a couple of those mistakes up. It's a trophy that a very select group of people are going to be able to put their name on. It’s one of those, kind of like in majors and great events like THE PLAYERS, to where ...

you have to show up and play good!" Collin Morikawa leads the standings of the FedExCup, after winning The Open – his second major triumph before turning 25 – and a World Golf Championship (Workday Championship at The Concession).

"I know what my shots do. I just kind of stick to that. I don't want to change anything just because guys are hitting it higher and guys are hitting it farther. I've stuck to what I've been doing." Hideki Matsuyama's driver flew to the right and the Japanese himself realized it almost immediately.

Both cameras and spectators noticed it: a first bounce on the road to the cars, a second flight up and then nothing. Better: almost nothing. By an inexplicable law of physics, the ball ended its run in a spectator's shirt.

Not only that: it did not pass from above but from below. The ball did not enter from the neck of the shirt but from the man's legs. Absolutely unbelievable (and certainly unrepeatable) if it wasn't for this PGA Tour video to document it.

The images show the man bent over while his neighbors follow the bounce of the golf ball with their eyes. "It passed between my legs, hit my knee and then ended up under my shirt," said the man, waiting, motionless, for the arrival of Matsuyama and a marshall.

In that situation, rule 11.1 comes into play, ie “Ball in motion accidentally striking a person or an outside influence”. No penalty for the player who obviates a stick. As a result, in the video we see a smiling Matsuyama approaching the viewer, asking "You?" and then drop a tee at his feet.

Then the Japanese player takes the distance of a driver to be able to drop. The scene ends with the marshall authorizing "the keeper of the ball" to move and drop it.

TODAY'S MOST POPULAR
NEWS
Ronald Koeman: "I am not afraid for my future"
Massa believes Verstappen can win the title
Mantell: "Ric Flair has been acting like that horrible way for years and years"
UFC Bonuses: Who are the winners?
WWE cancels content dedicated to Ric Flair after the scandal
Carmelo Anthony: I didn't expect Lakers or LeBron James to call me
Zach Wilson vows to remain aggressive after four picks versus Patriots
THIS WEEK MOST POPULAR
NEWS
Mavs' Maxi Kleber: Clippers' reaction to Kawhi Leonard's dunk crossed line
Paul Heyman: "I allowed Gable Steveson to train with Brock Lesnar"
Atletico Madrid won the match in the 100th minute!
Simona Halep reveals the greatest gift received at her wedding
Hamilton: "I’ll go to a specialist to make sure I’m okay"
Jake Paul to Silva: "I'm not like Chavez or Ortiz"
Pierre Gasly furious at Red Bull's decisions