Hideki Matsuyama's driver flew to the right and the Japanese himself realized it almost immediately. Both cameras and spectators noticed it: a first bounce on the road to the cars, a second flight up and then nothing. Hideki Matsuyama, in the past few hours in the second round of the Northern Trust, underway at the Liberty National Golf Club in Jersey City (USA), hit a golf ball in a spectator's t-shirt.

The images show the man bent over while his neighbors follow the bounce of the golf ball with their eyes. "It passed between my legs, hit my knee and then ended up under my shirt," said the man, waiting, motionless, for the arrival of Matsuyama and a marshall.

No penalty for the player who obviates a stick. As a result, in the video we see a smiling Matsuyama approaching the viewer, asking "You?" and then drop a tee at his feet. Then the Japanese player takes the distance of a driver to be able to drop.

The scene ends with the marshall authorizing "the keeper of the ball" to move and drop it. By an inexplicable law of physics, the ball ended its run in a spectator's shirt. Not only that: it did not pass from above but from below.

The ball did not enter from the neck of the shirt but from the man's legs. Absolutely unbelievable (and certainly unrepeatable) if it wasn't for this PGA Tour video to document it. 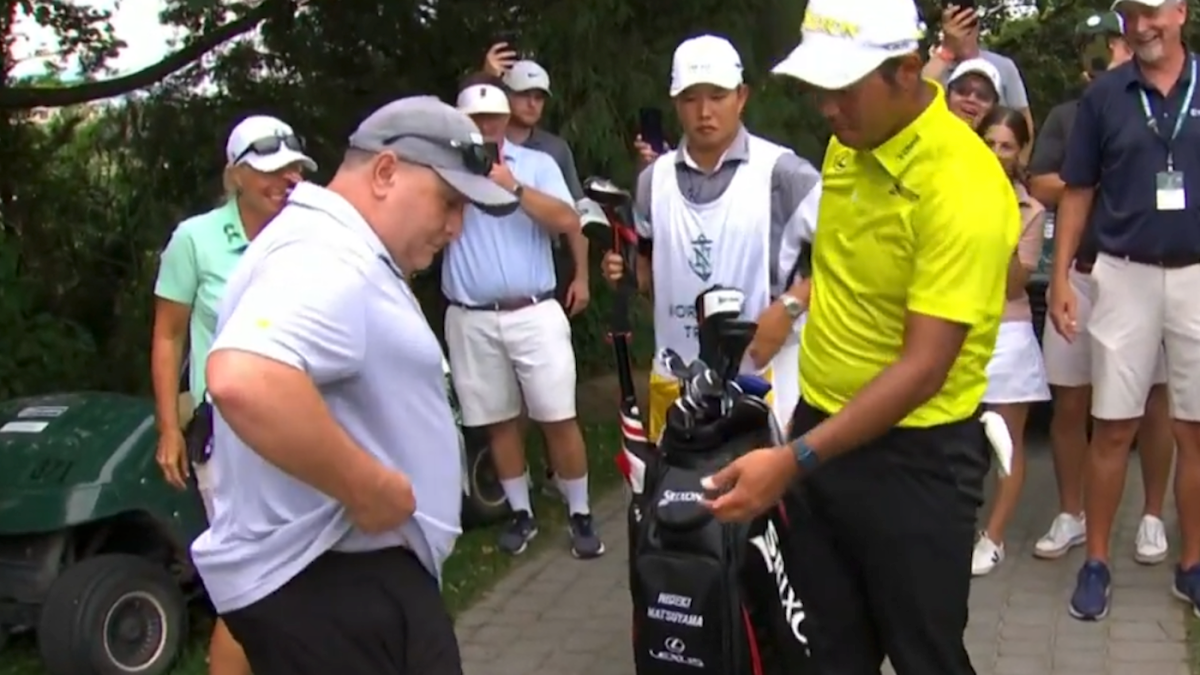