After the numerous infections that caused the withdrawal of two teams, the number of positives in the Giro d’Italia 2020 continues to grow. The number of cases of Coronavirus contagion in Italy is increasing more and more.

While there are those who fear important closures, the world of sport is also forced to deal with the virus. While in the Giro d'Italia after numerous infections two teams retired. And always from the pink race comes news.

Because 17 policemen who are engaged in law enforcement are positive for Covid and right now they are all in isolation.

Not even for the Giro d'Italia is there peace of mind.

Seventeen policemen engaged in the order service of the Giro d’Italia and the Giro d’Italia E-Bike are positive at Covid. The police officers, who are all asymptomatic, had been subjected to swabs in Abruzzo, between Sunday and Monday, like all the runners in contention.

The agents who tested positive were placed in solitary confinement in a hotel in Francavilla a Mare. The mayor of the Abruzzo city has made it known that none of the escort agents reside in that town. It is not known whether the agents who are now in home isolation have followed the Giro since the first leg.

On Tuesday, Covid-19 also broke into the Giro d'Italia. Six positives in total, two cyclists. The Mitchelton-Scott team decided to retire, while the two infected riders were from Team Sunweb and Jumbo-Visma: Dutch Steven Kurijswijk and Australian Michael Matthews.

Both are asymptomatic. Then the Jumbo-Visma also retired, which decided to leave the Giro d'Italia as a block. 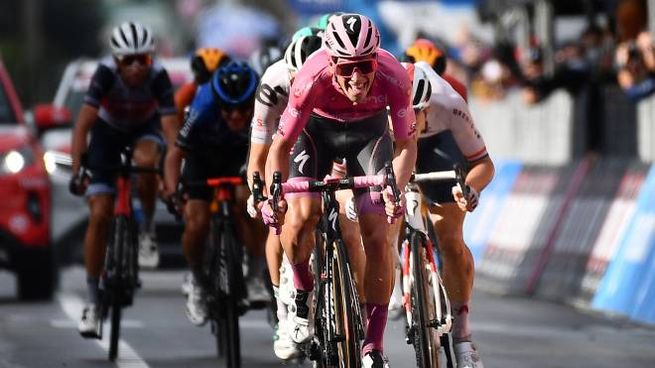 Meanwhile the match scheduled yesterday at the ATP Sardinia Open tournament between the Italian tennis player Fabio Fognini and the Spanish Roberto Carballes Baena will not be played.

The Ligurian tennis player, number 16 in the world, announced his retirement from the tournament this morning and after a few hours we finally had the official motivation. The truth is that Fabio Fognini is also positive for Coronavirus.

The tennis player who yesterday participated in the doubles tournament and lost together with the young blue talent Lorenzo Musetti, had to leave the tournament due to the positivity to the virus. Fabio is yet another case of a virus that returns to scare the tennis world.

It is not an easy year for the tennis player who returned after an injury and an operation is forced to stop again and thus slow down his recovery phase due to the positivity to the virus. Mild symptoms, word of the person concerned: "A little fever and cough, headache ... I am already in isolation and I am convinced that I will recover soon", Fognini later explained on social media.

TODAY'S MOST POPULAR
NEWS
Top seeds at the Australian Open 2021
Leonard Fournette to start at RB for Buccaneers against Saints
Clippers' Paul George: I came back this season with vengeance
Coach Billy Donovan: Young Bulls don't know how to win yet
Angers vs PSG: PSG will play tonight without Pochettino
Fulham vs Chelsea: Chelsea have an imperative to break a bad streak
Tennys Sandgren travels despite the positive swab!
THIS WEEK MOST POPULAR
NEWS
Michael Phelps: the most titanic of the titans
Roger Federer: "In modern tennis the surfaces are too similar to each other"
Baker Mayfield: Browns enter Steelers game with playoff mentality
Browns' Myles Garrett: I won't hesitate to hit Mason Rudolph
Maria Sharapova: "Why have I never taken US citizenship? Because..."
Rhea Ripley changes her look!
Francois Botha on his career